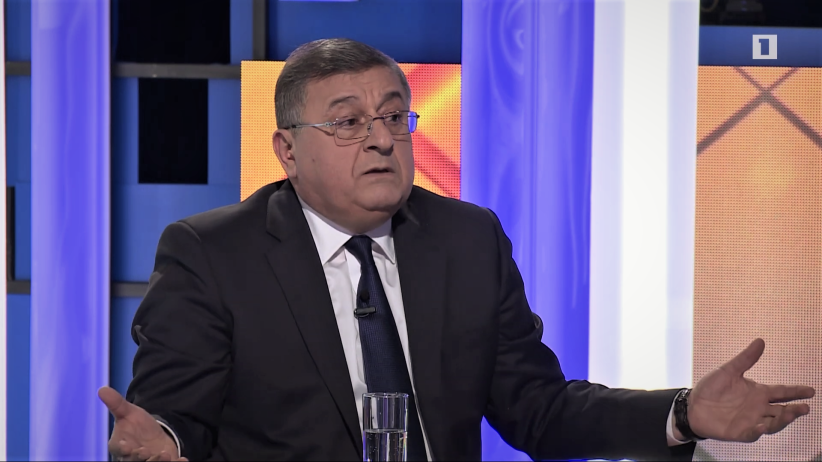 Public outcry over a recently released recording that appears to show a top Armenian judicial official pressuring his predecessor to resign continued to mount Wednesday, one day after the country’s Supreme Judicial Council declined to act on the matter.

The recording apparently came from a meeting last February between Ruben Vardazaryan, the then-head of the Supreme Judicial Council, and Gagik Jhangiryan, who was elected to the council by parliament a month earlier.

In the recording, which Vardazaryan made in secret and published Monday, Jhangiryan appears to threaten Vardazaryan, warning him he would face criminal charges if he refused to resign.

The Supreme Judicial Council voted to suspend Vardazaryan two months later, after the government brought charges of obstruction of justice against him, and replaced him with Jhangiryan, who has served as the body’s acting head since.

Vardazaryan technically retains his post, but since his position has been suspended, all his powers have been given over to Jhangiryan.

Vardazaryan took up his role at the council under former President Serzh Sargsyan, who was ousted from power in 2018 in a popular revolution led by now-Prime Minister Nikol Pashinyan. Jhangiryan joined the council under Pashinyan and is considered a close ally of the prime minister.

Vardazaryan has rejected the charges that led to his suspension as politically motivated, claiming the government used them to dislodge him from his position in an effort to consolidate control over the judicial system.

The Supreme Judicial Council is a powerful government body with broad oversight of Armenia’s judicial system, including the power to nominate and dismiss judges.

In the recording, Jhangiryan added that he was aiming to prevent former President Robert Kocharyan from returning to power. Jhangiryan, then serving as deputy prosecutor general, was arrested during Kocharyan’s rule on charges of obstructing the administration of justice.

Days before his arrest, Jhangiryan came out in support of former President Levon Ter-Petrosyan, who was at the time running against former President Serzh Sargysan, Kocharyan’s preferred candidate.

At a meeting Tuesday, council members discussed the recording, ultimately declining to bring any disciplinary actions against Jhangiryan for his alleged wrongdoing. Lawmakers from the ruling Civil Contract party have refused to comment on the matter.

In sharp contrast, prominent opposition politicians and leading voices in civil society have decried both Jhangiryan’s apparent actions and the government’s non-response, calling the scandal just the latest attempt by Pashinyan to exert political pressure on the judicial system.

Since coming to power, Pashinyan has engaged in a number of highly public feuds with judges appointed by the authorities in charge before him. The opposition has repeatedly spoken out against what it sees as moves by Pashinyan to pressure judges and stack the system with government-friendly appointees. Pashinyan says he is simply trying to clean up the courts.

Nina Karapetyants, the head of the Helsinki Association for Human Rights and a well-known activist, told CivilNet the scandal around Jhangiryan is symptomatic of broader issues in the judiciary, widely considered to be among Armenia’s most corrupt institutions.

“Evaluating (judges), transitional justice, vetting, lustration — we have no other tools,” Karapetyants said, arguing that the Armenian government should enact wide-ranging reforms to boost the independence of the courts. Pashinyan’s administration has repeatedly paid lip service to the idea, but in reality has done little to improve the system.

“All the post-Soviet countries that went through this painful, sad, and difficult process (of judicial reform) — only they were able to achieve some positive result,” Karapetyants added.
Gor Abrahamyan, adviser of the Prosecutor General announced Monday that his agency sent the recording to the Investigative Committee to confirm its authenticity. Notably, Jhangiryan has not said the recording was faked.

US and France have caused damage to Karabakh negotiation group, says Kremlin official