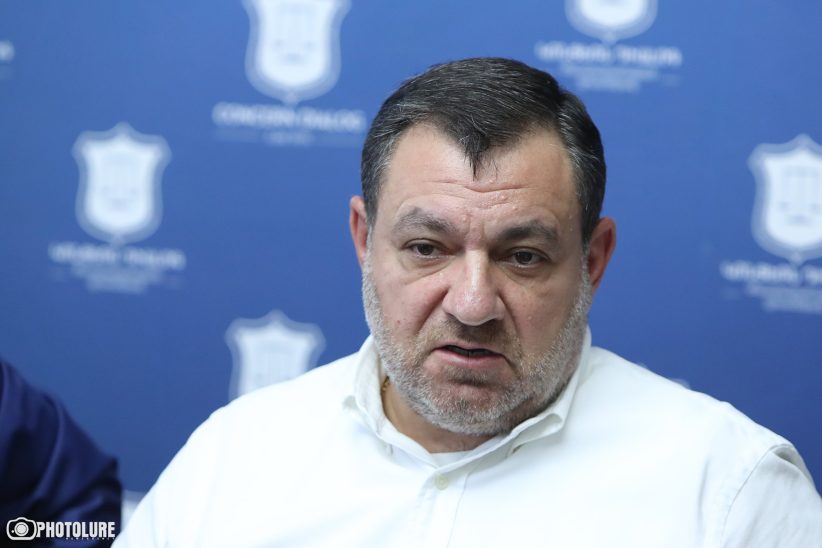 Armenia’s Supreme Judicial Council on Thursday formally dismissed ex-chief Ruben Vardazaryan “on the grounds of a serious disciplinary action,” over a year after council members voted to suspend Vardazaryan’s powers and transfer them to Gagik Jhangiryan, who has served as the body’s acting head since.

The alleged disciplinary action Vardazaryan committed has not been made public.

Vardazaryan’s dismissal comes days after he released a recording from last February appearing to show Jhangiryan warning him he would face criminal charges if he refused to resign. Vardazaryan was suspended two months later.

In an interview with public television late Thursday evening, Jhangiryan claimed he was aware he was being taped and did not deny the authenticity of the recording, which has caused a major scandal in Armenia.

Opposition politicians and leading voices in civil society have decried Jhangiryan’s apparent actions, calling the episode just the latest attempt by the government to exert political pressure on the judicial system.

In sharp contrast, lawmakers from the ruling Civil Contract party continue to refuse to comment on the matter. Meanwhile, the Supreme Judicial Council earlier this week declined to bring any disciplinary actions against Jhangiryan for his alleged wrongdoing.

Vardazaryan took up his role at the council under former President Serzh Sargsyan, who was ousted from power in 2018 in a popular revolution led by now-Prime Minister Nikol Pashinyan. Jhangiryan joined the council under Pashinyan and is close to the prime minister.

Vardazaryan has rejected the charges that led to his suspension as politically motivated, claiming Pashinyan’s administration used them to dislodge him from his position in an effort to consolidate control over the judicial system.

The Supreme Judicial Council is a powerful body with broad oversight of Armenia’s judicial system, including the power to nominate and dismiss most judges.

Unpacking the uptick in Armenia-US relations