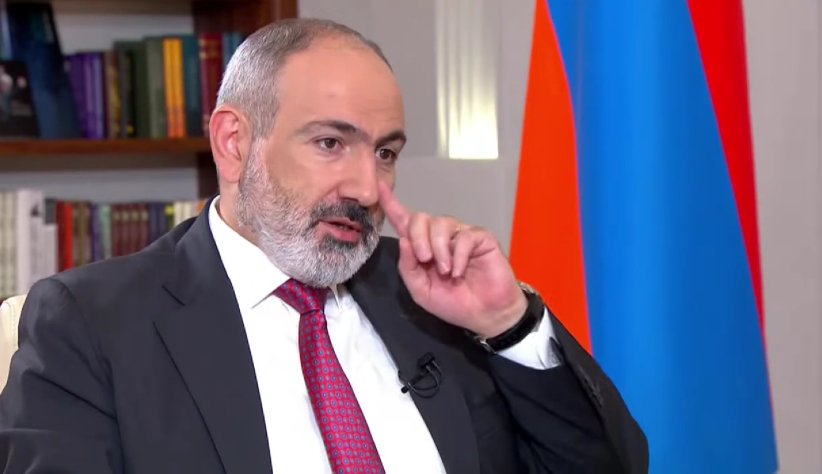 At a press conference Monday, Armenian Prime Minister Nikol Pashinyan broke his silence on the growing public outcry over a recording that appears to show a top judicial official pressuring his predecessor to resign, saying the scandal “overshadows the whole process of judicial and legal reforms.”

“I always say that our biggest problem is the judicial system (and) that we don’t have any real successes here,” he added.

Ruben Vardazaryan, the former head of the Supreme Judicial Council, was formally dismissed from his position last week, days after he released a recording in which Gagik Jhangiryan, at the time a council member, appeared to threaten him, warning he would face criminal charges if he refused to resign.

The council then proceeded to suspend Vardazaryan and transfer his powers to Jhangiryan, who has served as the body’s acting head since. Vardazaryan technically retained his post until his formal dismissal last week, even though his powers had already been effectively taken away.

The Supreme Judicial Council is a powerful body with broad oversight of Armenia’s judicial system, including the power to nominate and dismiss most judges.

Commenting on the scandal, Pashinyan said the recording was “concerning,” but added that there were “problems” with both Vardazaryan and Jhangiryan in the tape.

Vardazaryan, who took up his role at the Supreme Judicial Council under former President Serzh Sargsyan, has rejected his dismissal as politically motivated, claiming the government dislodged him from his position in an effort to consolidate control over the judicial system.

Jhangiryan, who has not denied the recording’s authenticity and has rebuffed calls for his resignation, is seen as a close ally of Pashinyan. Since coming to power, the prime minister has engaged in a number of highly public feuds with judges appointed by the authorities in charge before him.

The opposition has repeatedly spoken out in recent years against what it sees as moves by Pashinyan to pressure judges and stack the system with government-friendly appointees. The Jhangiryan scandal is just the latest such case, they say.

Pashinyan, meanwhile, says he is simply trying to clean up the courts, widely considered to be among Armenia’s most corrupt institutions. His government has repeatedly paid lip service to the idea of enacting judicial reforms, but in reality has done little to improve the judicial system.

Armenia’s Investigative Committee is looking into the recording.

“Azerbaijan is trying to build up legitimacy for new war,” says Pashinyan