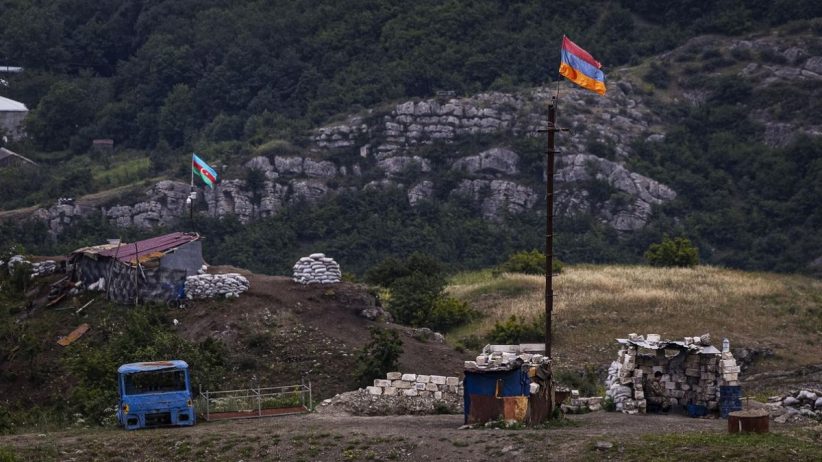 Armenian Prime Minister Nikol Pashinyan warned at a press conference Monday that aggressive rhetoric from Azerbaijan and its repeated attempts to place blame on Armenia for the lack of forward movement in ongoing normalization relations raise the risk of a new war in the region.

In fact, Pashinyan said, Azerbaijan is the one purposefully stalling normalization talks in order to “build up legitimacy for a new war.”

He specifically accused Baku of canceling high-level meetings with Armenian officials, breaking promises to return Armenian prisoners of war, and refusing to budge on efforts to delimit the border and unblock regional transport connections.

“Azerbaijani representatives are trying to create the impression that Armenia is trying to postpone the (normalization) work,” Pashinyan said. “The statements made by Azerbaijan are very strange.”

“Armenia continues to be maximally constructive, but we see Azerbaijan’s aggressive rhetoric,” he added.

Still, Pashinyan doubled down on his position that there is no way forward for Armenia except peace, saying “the peace agenda has no alternative,” all the while insisting that “it cannot be one-sided” and noting that “we have no illusions about Azerbaijan’s ultimate goals and intentions.”

The ministry hit back at Pashinyan’s warnings of a new war, arguing that “if Azerbaijan wanted a war, as Pashinyan claims,” it would not have presented Armenia with a five-point peace plan earlier this year.

The statement also called on Yerevan to “show its political will and take concrete steps toward peace.”

“Azerbaijan is trying to build up legitimacy for new war,” says Pashinyan