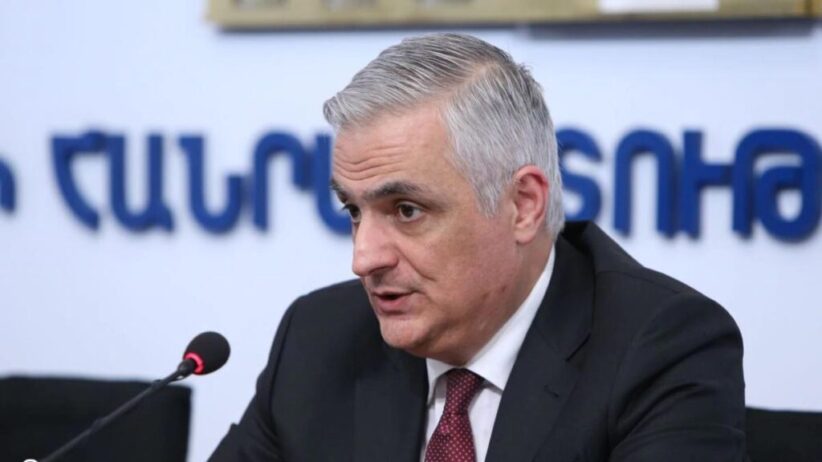 Grigoryan said he considers the efforts of a joint working group to unblock transport connections, which he co-chairs alongside his Azerbaijani and Russian counterparts, to be “constructive.”

He told TASS the group is making progress on “border and customs control, as well as the safe passage of citizens, vehicles, and cargo along roads and railways,” adding that “at the moment, expert subgroups continue working out issues related to the restoration and further use of road and railway infrastructure.”

The working group to unblock transport connections has convened several times, most recently last week in Russia, but so far, very little information from the group’s discussions has been made public.

The 2020 ceasefire declaration signed by Yerevan and Baku and brokered by Moscow includes a commitment to unblock “all economic and transport links in the region,” but as of now, the Armenia-Azerbaijan border remains closed.

Grigoryan and his Azerbaijani counterpart, Shahin Mustafayev, also head a working group on delimiting the Armenia-Azerbaijan border, but so far, next to progress has been made on that issue either. Unlike the transport unblocking group, the border delimitation group is a bilateral effort between Yerevan and Baku.

On an official visit to Azerbaijan last week, Russian Foreign Minister Sergey Lavrov said Russia is prepared to “support the work” of unblocking transport connections “until a result is achieved.” He also offered to “provide consultative services” to the border delimitation group.