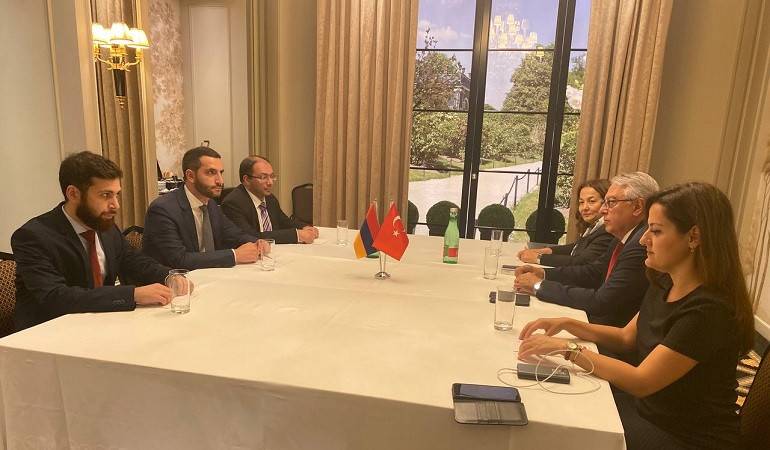 Armenia and Turkey agreed at a meeting in Vienna Friday to open their land border to citizens of third countries “at the earliest date possible,” Armenia’s Foreign Ministry has announced, in the biggest breakthrough in normalization efforts between the two neighboring countries in many years.

They also “agreed on commencing direct air cargo trade…at the earliest possible date” and “reemphasized their agreement to continue the normalization process without preconditions,” according to the read-out. Little other detail was made immediately available.

Friday’s announcement is by far the most significant outcome of the negotiations so far. Earlier this year, direct passenger flights resumed between the Armenian capital of Yerevan and Istanbul, Turkey’s largest city.

The Armenia-Turkey border, which stretches for hundreds of kilometers, has been closed since the early 1990s, when Turkey, together with Azerbaijan, imposed a devastating economic blockade on Armenia.

Other ongoing disputes include Turkey’s refusal to acknowledge the Armenian Genocide, as well as Turkey’s crucial role aiding Azerbaijan in the 2020 war in and around Karabakh. That conflict saw Armenia suffer a disastrous military defeat and prompted a major humanitarian crisis in the region.

Friday was the fourth meeting so far between Armenian special envoy Ruben Rubinyan and his Turkish counterpart, Serdar Kılıç. Their negotiations are the first direct talks between Armenian and Turkish officials in over a decade.

The intersection of science and defense

Aghavno and Berdzor Armenians may be relocated to two nearby villages