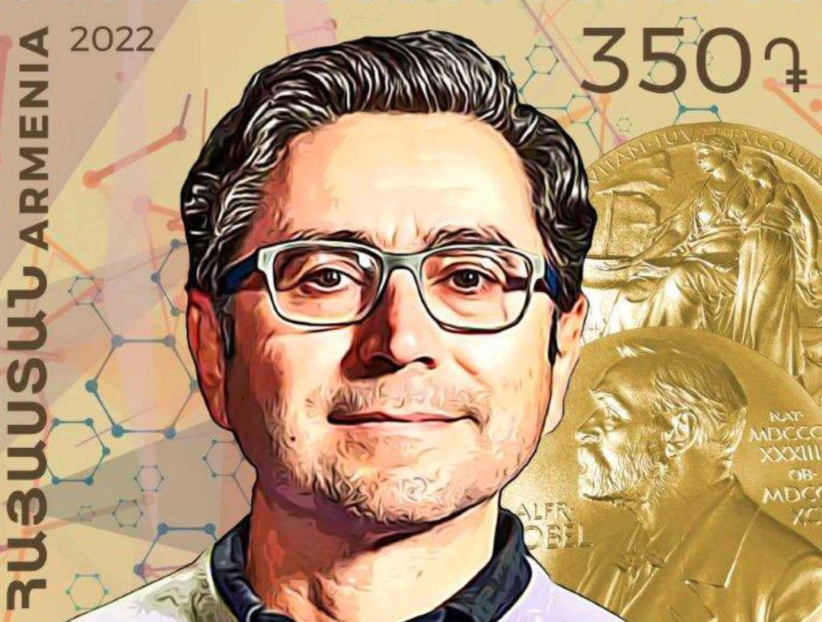 Developments from Armenia continue to come fast and furious, and yet what it all means is unclear as ever. Most surprisingly, the sudden announcement that Turkey and Armenia will be opening the border which has been essentially closed in one way or another for a century to citizens of other countries seems to suggest progress in normalization, though exactly when and how this will take place is still unknown. The very same day, Azerbaijan abruptly closed its land border with Turkey to travelers, while warning of renewed hostilities with Armenia. While we ponder what these big questions all mean, there are many other stories in the world of Armenian social media which might have flown under your radar. As always, our round-up brings you up to speed:

One of the world’s newest Nobel laureates- and the only one to claim Armenian ancestry- recently completed a trip to his homeland, where he gave commencement addresses at universities, consulted with government officials, and took in the sights.

Perhaps his biggest splash came with his donation of one of the Nobel medals he was issued [laureates receive one solid gold and up to three gold-plated replicas] to be on display in Armenia. A note he wrote with it expressed his hope that it would inspire the next generation of scientists in Armenia.

Speaking of the next generation, there’s a new age afoot in the world of Armenian basketball under the direction of recently-named head coach Rex Kalamian. The team drew attention from ESPN play-by-play voice Mark Jones throughout the recent International Basketball Federation European Small Countries Championship. Team Armenia has been impressive and we can look forward to more success from them.

Here’s a clip of their celebration.

Also in sports news, a great deal of Armenian soccer fans have suddenly switched loyalties for favorite international team to Football Club Internazionale Milano with the news they have signed Henrikh Mkhitaryan. As the team’s Twitter account hinted above, it isn’t the first time they’ve had a star Armenian player (though Henrikh is the first from Armenia), as French-born Youri Djorkaeff was also a member of the team from 1996-1999.

In entertainment news, these two young Armenians have been invited to join the Academy of Motion Pictures, the organization best known for its annual awarding of the Oscars. Dr. Eric Esrailian was also elected a member of the Academy Museum’s Board of Trustees.

Also in entertainment, the much anticipated 50 Cent concert in Yerevan was a success. It seems the performer enjoyed his time, though many were left questioning his claim he was the first hip hop artist to perform in Armenia. While he is likely the first to have had an organized stadium performance, many memories immediately returned to Kanye West’s now iconic yet impromptu Swan Lake concert of 2015.

Though Armenia placed an underwhelming 20th at this May’s Eurovision Song Contest, its song “Snap” by Rosa Linn has taken on a life of its own as a popular ‘meme song’ on TikTok. In recent days it has surpassed all other 2022 Eurovision songs for most daily plays on Spotify.

Canadian-Armenians rejoiced as the Minister of Foreign Affairs of Canada announced, after decades of waiting, that it was finally opening a Canadian embassy in Armenia. It will be Canada’s first embassy in the Caucasus. A tweet soon after however created some diplomatic waves as it said Canada is“push[ing] back on Russian influence” by “increasing their footprint” in the Baltic states and Armenia. The Russian Embassy to Armenia condemned the tweet, musing how such a line from Canada might affect the well-being and safety of the Armenian people. The Canadian Foreign Ministry deleted and reposted the tweet with Armenia removed from the list of countries…

Did you know the city of Charentsavan – just 30 minutes outside Yerevan – was built from nothing after World War II and originally called Lusavan? In honor of it being named one of 70 cities to receive funding in the #EU4Culture project, the EU in Armenia shared this video about the city’s history.

This account has been sharing pictures from his trip to Armenia over the past month, well worth taking a look through, but this one in particular moved many people.

Finally here’s one more account which appeared recently that is well worth following, as it shares all manner of archeological discovery and history from Armenia. This fascinating artifact is particularly gripping, as it essentially contains the evolution of Armenian history in one stone.

Russia and Canada in war of words over Armenia embassy