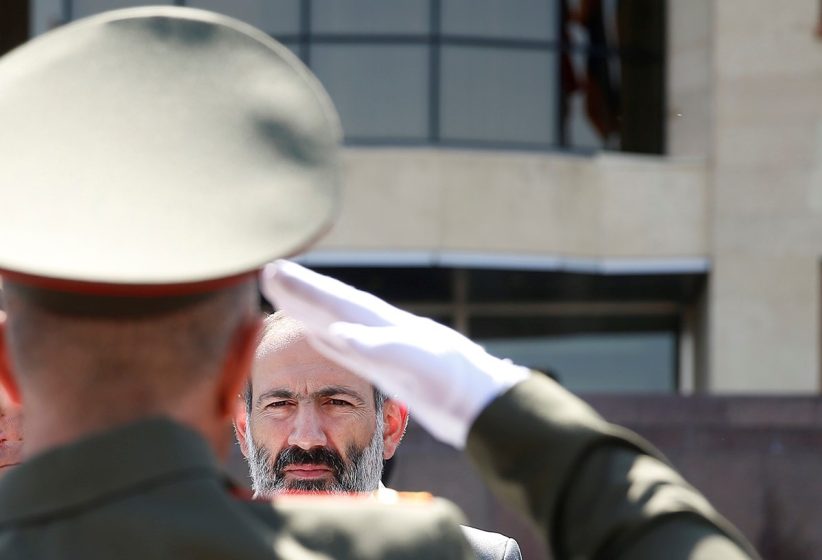 The changes, which Defense Minister Suren Papikyan announced last month, would see the chief of the general staff, who oversees the army, serve automatically as first deputy minister of defense as well.

In most Armenian government agencies, the first deputy minister will take over for the minister in the case of their absence, but the new amendments specifically prohibit this in the Defense Ministry.

Only lawmakers from the ruling Civil Contract party were present at the vote, but the party has enough seats to push bills through parliament without any support from the opposition, which has been boycotting legislative sessions since April.

Papikyan has presented the changes as a way to streamline and simplify the structure of Armenia’s military, while the opposition has decried the move as an effort by the government to exert greater control over the army.

Armenia has gone without a chief of the general staff since February, when Pashinyan dismissed Artak Davtyan and four other high-ranking military officials in a major shake-up.

Last month, Papikyan said the government was waiting for parliament to approve the reorganization of the Defense Ministry before appointing a new army chief.

Meanwhile, the opposition has used that absence as a constant source of criticism against Pashinyan, arguing it shows that the prime minister is not serious about improving Armenia’s combat readiness.

Davtyan, alongside former Defense Minister Davit Tonoyan and several others, is currently the subject of a criminal investigation into alleged purchases of defective ammunition. The high-profile case remains ongoing.