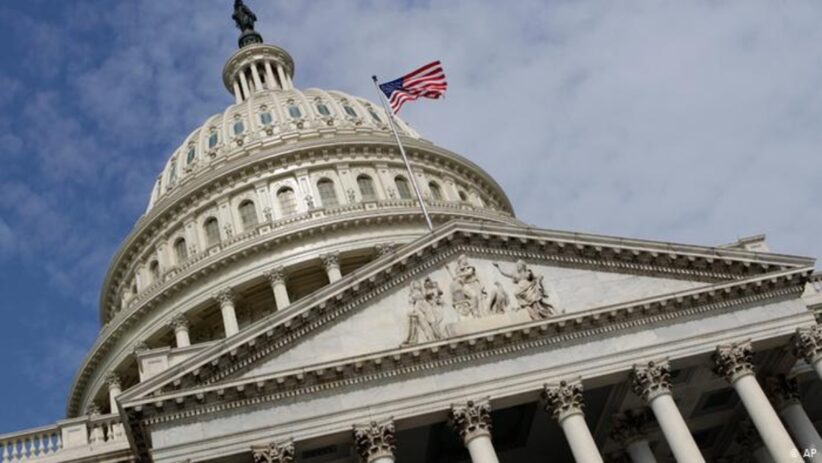 The House voted 329-101 to approve the National Defense Authorization Act, an annual piece of legislation that authorizes military spending and helps set military policy. This year’s bill proposes $839 billion for the Pentagon for the 2023 fiscal year, $37 billion more than President Joe Biden’s administration had requested.

Raffi Hamparian, the head of the Armenian National Committee of America, welcomed the bill’s passage, saying it would help “protect Artsakh (Karabakh), promote Armenia, hold Azerbaijan accountable, and stop the flow of U.S. arms to Turkey.” The Armenian Assembly of America also released a statement applauding the news.

One amendment to this year’s NDAA requires the State and Defense Departments to submit a report to Congress investigating Azerbaijan’s actions in the 2020 war in and around Karabakh.

In particular, the report should detail the possible presence of U.S.-made weapons parts in Turkish drones deployed by Azerbaijan, Azerbaijan’s alleged use of munitions prohibited under international law, and claims that Azerbaijan recruited foreign mercenaries.

Another amendment to the bill requires the State and Defense Departments to more thoroughly document their considerations of waivers of Section 907, a piece of legislation that restricts most U.S. aid to the Azerbaijani government.

Subsequent legislation has allowed for Section 907 to be waived annually under certain conditions. U.S. presidents have waived Section 907 every year since 2002.

A study released earlier this year by the Government Accountability Office, a body that audits the federal government’s activities, found that the State and Defense Departments had, for several years, “not fully met” reporting requirements that govern how agencies apply for Section 907 waivers.

A third amendment will make it harder for the United States to sell F-16 fighter jets to Turkey, a move that has attracted significant attention in the Beltway.

The change means that Washington cannot sell Ankara any new F-16s or F-16 upgrade technology “unless the President provides a certification to Congress that such a transfer is in the national interest of the United States.”

The fourth amendment that Armenian American groups successfully pushed for “expresses the sense of Congress that the government of Azerbaijan should immediately return all Armenian prisoners of war and captured civilians.”

Congress often passes so-called ‘sense of’ resolutions that, while not having the force of law, allow elected officials to formally go on the record on major issues.

Importantly, the NDAA remains several steps away from becoming law, since the Senate must also approve the bill before sending it to President Biden’s desk. It is possible that the Senate may not pass the bill in the exact same form, which would force House and Senate lawmakers to wrangle over a compromise.

Congress must also pass an accompanying appropriations bill to allow the Pentagon to spend the money it is given in the NDAA.

Armenia gets new chief of general staff of army