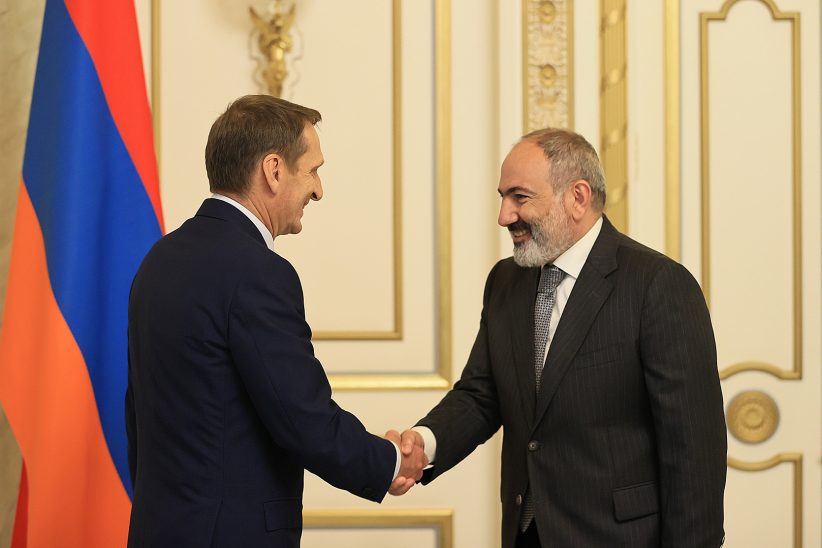 Pashinyan and Naryshkin “discussed issues of international and regional security” and “issues on the agenda of Armenian-Russian allied relations,” according to an Armenian government summary. They also “touched on the processes taking place in the South Caucasus region,” perhaps a reference to the recent flurry of diplomatic activity in the region.

The Armenian government’s read-out of Pashinyan’s meeting with Burns was also extremely light in detail and used similar language. It said Pashinyan and Burns “discussed issues of international and regional security and the fight against terrorism,” as well as “the processes taking place in the South Caucasus region.” It was the first-ever trip by a CIA chief to Armenia.

Pashinyan also met earlier this month in Yerevan with Ali Shamkhani, the head of the Iranian Supreme National Security Council. They discussed the potential of “developing and strengthening relations in all fields” and “exchanged thoughts on ensuring regional stability and security,” according to an Armenian government statement.

It remains unclear exactly what was discussed at Pashinyan’s meetings with Naryshkin, Burns, and Shamkhani, but the timing of their visits to Yerevan — all within two weeks of one other — has attracted significant attention in Armenian political circles and on Armenian social networks.

The visits come amid a flurry of diplomatic activity in the Caucasus region by U.S., European, and Russian officials, as well as what appear to be accelerating efforts by Armenia to normalize relations with Azerbaijan and Turkey.