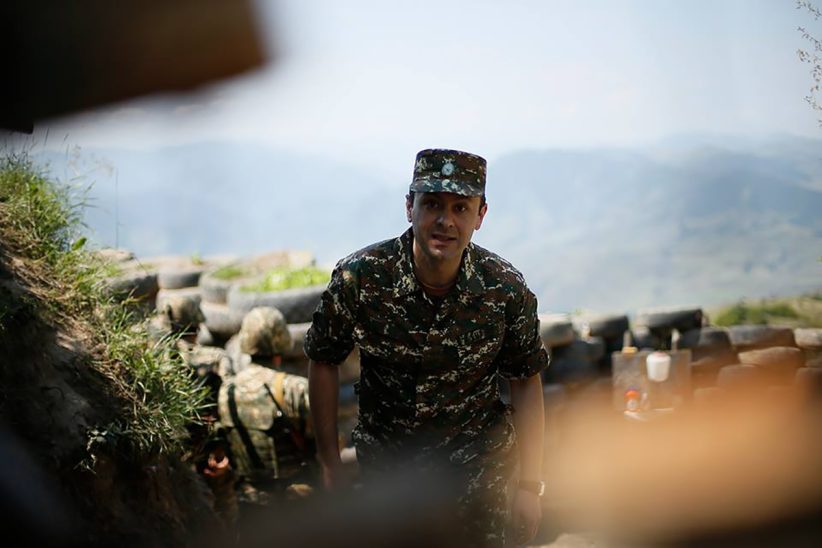 All conscripts from Armenia currently deployed in and around Karabakh will return to Armenia within a few months and will not be replaced by fresh recruits, Armen Grigoryan, the head of Armenia’s Security Council, said Tuesday in an interview with Armenpress, the country’s state-run news agency.

During the 2020 Karabakh war, “a number of units of the Armed Forces of Armenia entered Nagorno-Karabakh to help the Artsakh Defense Army,” Grigoryan said. “After the establishment of the ceasefire, they are returning to Armenia. The process is nearing completion and will end in September.”

Two-year military service is mandatory for all males in both Armenia and Karabakh once they reach 18 years of age. Before the 2020 war, most conscripts from Armenia served in and around Karabakh. Armenia and Karabakh also deploy a number of contract soldiers, but precise figures are difficult to come by.

That prompted a harsh rebuke from Baku, with an Azerbaijani Foreign Ministry spokesperson calling it a violation of the 2020 ceasefire agreement and evidence that Armenia continues “sending illegal military units to Azerbaijan.”

Azerbaijani President Ilham Aliyev and other high-level officials have repeatedly referred to ethnic Armenian soldiers in and around Karabakh as “illegal armed formations” and demanded their withdrawal.

The 2020 ceasefire, signed by Armenia and Azerbaijan and brokered by Russia, states that “the peacekeeping contingent of the Russian Federation is being deployed in parallel with the withdrawal of the Armenian armed forces.”

Differing interpretations of that clause by Yerevan and Baku have emerged as a major sticking point in ongoing efforts to normalize relations between the two countries.

In his interview, Grigoryan also repeated the Armenian government’s position that an advance earlier this year by Azerbaijani soldiers on the Armenian-inhabited village of Parukh in Karabakh was a “gross violation” of the ceasefire.

The incident temporarily displaced several hundred people from Parukh and the nearby village of Khramort, both located within territory that remained under the control of Karabakh’s Armenians following the 2020 war. Those areas are now patrolled by Russian peacekeepers.

Most Parukh and Khramort residents have returned, but Azerbaijani troops remain stationed nearby, and the situation there remains tense.

Girgoryan expressed “hope that the Russian peacekeeping forces will ensure the withdrawal of the Azerbaijani units” near Parukh, calling the peacekeepers a “security guarantee” for Armenians in Karabakh.