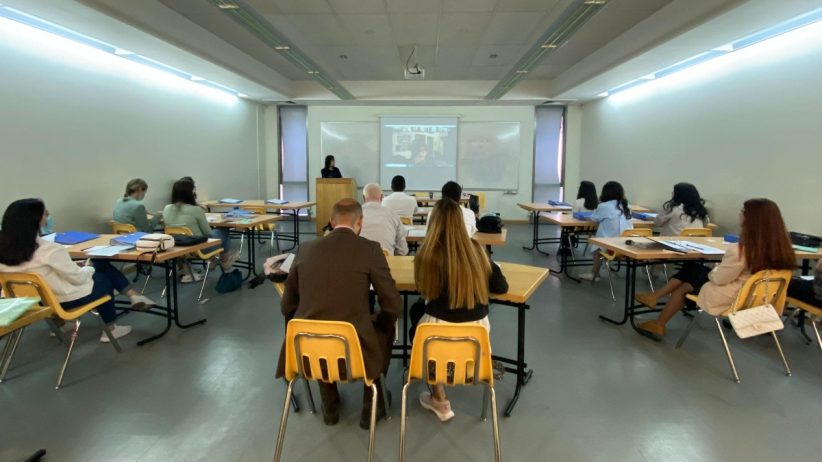 The report, which includes new evidence compiled by the Center for Truth and Justice, was sent to the UN Committee on the Elimination of Racial Discrimination, which oversees the implementation of the treaty. The committee is set to review Azerbaijan’s compliance next month.

Mariam Nazaretyan, a Los Angeles-based lawyer and CFTJ board member, told CivilNet the report was made “to ensure the committee is fully aware of Azerbaijan’s failure in implementing” the racial discrimination treaty.

The CFTJ’s team of lawyers presented evidence in the report that Azerbaijan has continued to “treat Armenian detainees in the most depraved and inhumane ways, incite racial hatred against Armenians, and destroy, demolish and vandalize Armenian cultural sites including churches and cemeteries.”

It includes new testimonies from returned Armenian prisoners of war about their lived experiences. In addition, the report compiles comments by Azerbaijani President Ilham Aliyev and other high-ranking Azerbaijani officials that “promoted both racial violence and hatred towards Armenians,” as well as attempts to forcibly displace Armenians in Karabakh, among other alleged violations.

In its ruling, the court ordered Azerbaijan to uphold its obligations under the treaty, including specific orders to “protect from violence and bodily harm” all Armenian detainees and to prevent the desecration of Armenian cultural heritage sites under its control.

The case began last September, when Armenia initiated judicial proceedings against Azerbaijan, alleging “decades” of racial discrimination and a “state-sponsored policy of Armenian hatred” by Azerbaijan, including during and after the 2020 war. That amounted to “grave” violations of the racial dscrimination treaty, Armenia argued.

Days later, Azerbaijan filed a countersuit against Armenia, alleging “discriminatory acts against Azerbaijanis” and other violations of Armenia’s obligations under the same convention.

In its ruling in the case initiated by Azerbaijan, the court similarly ordered that Armenia uphold its commitments under the treaty, using identical language.

The court, however, declined to mandate Armenia’s request that Azerbaijan release Armenian detainees and shut down the racist Military Trophy Park in Baku. It also did not mandate Azerbaijan’s request that Armenia hand over maps of landmines in Azerbaijani-controlled areas of Karabakh.

Sometimes called the World Court, the International Court of Justice is the UN’s principal judicial body and settles disputes between member countries. Since its creation almost eight decades ago, the court has heard less than 200 cases. Although its decisions are legally binding, it has no enforcement powers.

The case initiated by Armenia marks the first time Armenia and Azerbaijan have been the subject of a ruling from the court.

Also watch: The importance of Armenia’s case in the World Court

Since its founding in the immediate aftermath of the 2020 war, CFTJ’s lawyers in the United States have been partnering with law students from Armenia and Karabakh to collect first-hand testimonies from survivors and families impacted by the conflict. The CFTJ has also established two first-of-their-kind legal clinics, one in Armenia and one in Karabakh, to train law students and gather evidence for potential further legal action.

“We are creating a record,” Haig Ter-Ghevondian, head of the CFTJ translation team, told CivilNet. “This record is going to be publicly accessible, and it’s not just going to be something for the Armenian community, which is why the translation team is here.”

While acknowledging that the World Court has no enforcement powers, Ter-Ghevondian stressed the importance of creating a public record of human rights abuses during and after the war.

“Think about all the ICJ rulings against Russia that the United States immediately called on and blew the dust off of…and used to justify their sanctions against Russia” following Russia’s invasion of Ukraine in February, he noted.

The CFTJ, alongside the lawyers representing Armenia at the International Court of Justice, plans to continue compiling evidence to strengthen its case and keep building a public record.

“It’s like throwing pebbles in a pond. It’s not noticeable at first, but at some point, you’re going to notice that there’s a mound in the middle of the lake, and that’s what this is about,” said Ter-Ghevondian.