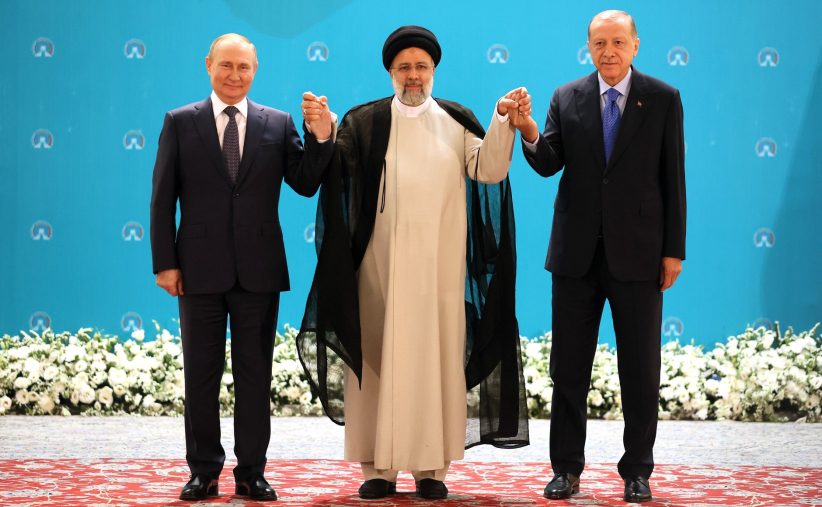 The leaders of Iran, Russia, and Turkey discussed ongoing efforts to settle the Karabakh conflict on Monday and Tuesday, convening for a major summit in Tehran primarily aimed at resolving the conflict in Syria.

While Khamenei “expressed his satisfaction with Nagorno-Karabakh’s return to Azerbaijan” following the 2020 war, he added that “if there is an effort to block the border between Iran and Armenia, the Islamic Republic will oppose it, because this border has been a communication route for thousands of years.”

Meanwhile, Russian President Vladimir Putin told Erdoğan that “settling the Karabakh problem is another important issue in our field of vision,” according to a Kremlin read-out. No other details were immediately made available.

Aside from Karabakh and Syria, the Iranian, Russian, and Turkish leaders also discussed steps to strengthen economic ties, as well as Turkey’s ongoing efforts to mediate between Russia and Ukraine.

The summit was Putin’s first trip outside the former Soviet Union since Russia’s invasion of Ukraine in February, as well as his first meeting with the leader of a NATO country since the war in Ukraine began.