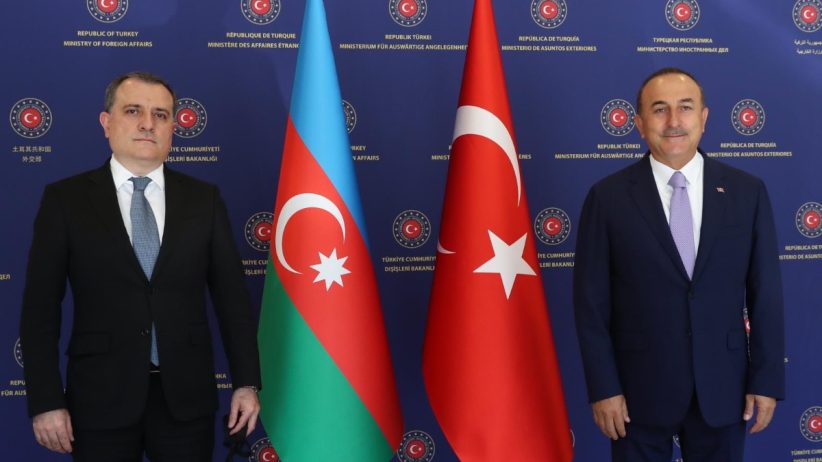 “We started the process with Armenia in a bilateral format, but we should not forget that it is actually a tripartite format,” Çavuşoğlu said. “We coordinate every step with Azerbaijan. Whether Armenia wants it or not, that is the reality. We are one nation, two states.”

Çavuşoğlu’s interview came one day after he called his Azerbaijani counterpart to talk about “the latest developments in the South Caucasus,” according to the Turkish Foreign Ministry.

The comments appear to conflict with Yerevan’s position that normalization talks with Ankara should be held “without preconditions,” meaning separately from its negotiations with Baku.

A previous effort to normalize relations between Armenia and Turkey over a decade ago failed in part due to fierce opposition from Azerbaijan.

Çavuşoğlu also said Ankara expects Yerevan to take “concrete steps” toward normalization, blaming the lack of progress so far on “pressure” from the Armenian diaspora and from “fanatic groups” in Armenia.

Earlier this month, special envoys from Armenia and Turkey agreed to open their countries’ land border to citizens of third countries and begin direct cargo flights “at the earliest date possible,” but no details have been made available, and the timeline remains unclear.

The two countries did restart commercial flights earlier this year, but disputes quickly emerged over Armenian airlines’ ability to use Turkish airspace.

Those steps aside, nothing of substance has come from ongoing negotiations between the special envoys, who have met four times this year so far.

Çavuşoğlu also touched on a number of other issues in his interview, most notably denying Turkish responsibility for a Wednesday strike on northern Iraq’s semi-autonomous Kurdistan region that left at least eight civilians dead.

In addition, he criticized an amendment made last week to Washington’s annual defense budget bill that would make it harder for the United States to sell F-16 fighter jets to Turkey, saying “we cannot agree to a method that will tie our hands.”

Armenian American lobbying groups that had pushed for the amendment welcomed the bill’s passage by the U.S. House of Representatives.

Çavuşoğlu also expressed hope that a Turkey-brokered grain export deal between Russia and Ukraine would be finalized in the near future, and announced that Finnish and Swedish officials will meet with their Turkish counterparts next month to discuss their countries’ NATO membership bids.

Çavuşoğlu’s comments came just days after the leaders of Iran, Russia, and Turkey discussed ongoing efforts to settle the Karabakh conflict at a major summit primarily aimed at resolving the war in Syria.

Erdoğan and Aliyev’s gas deals with the West