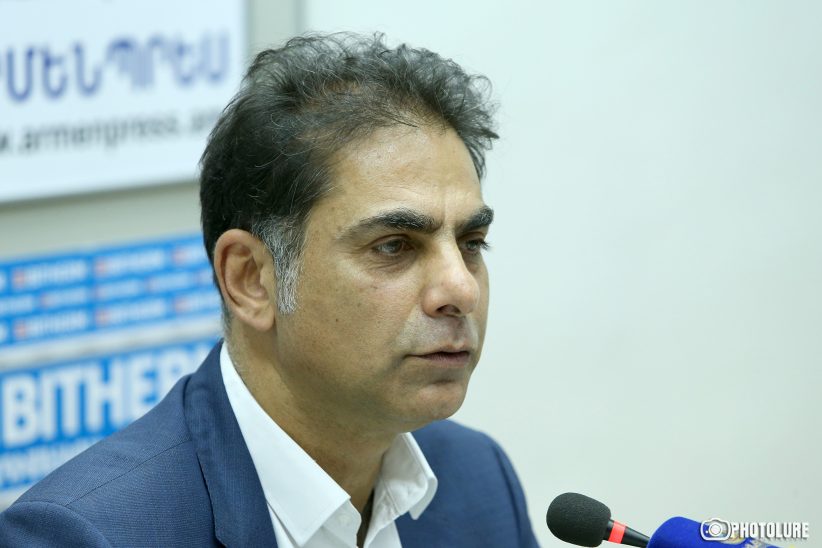 Co-chair of the coordinating council of the Armenian organizations of France, ARF bureau member Murad Papazyan is guest in Armenpress press club

In a statement to Armenpress, the state-run news agency, Pashinyan’s office said Mourad ‘Franck’ Papazian has been barred from entering Armenia for helping organize an anti-Pashinyan demonstration in Paris last year.

Papazian, the co-leader of a French Armenian umbrella organization and a well-known figure in France’s large and influential Armenian community, has denied involvement.

Papazian said last week he was forced onto a return flight to France upon his arrival in Armenia, adding he believed the decision was politically motivated.

Papazian is a high-ranking member of the Armenian Revolutionary Federation, commonly known by its Armenian name, Dashnaktsutyun. Party members have been at the forefront of ongoing protests in Yerevan aimed at forcing Pashinyan to resign.

Several prominent Dashnaktsutyun leaders from the diaspora were prohibited from traveling to Armenia in the 1990s, but Papazian’s ban is the first such case in decades.

The Dashnaktsutyun and the Coordination Council of Armenian Organizations of France, which Papazian co-leads, have condemned the decision.