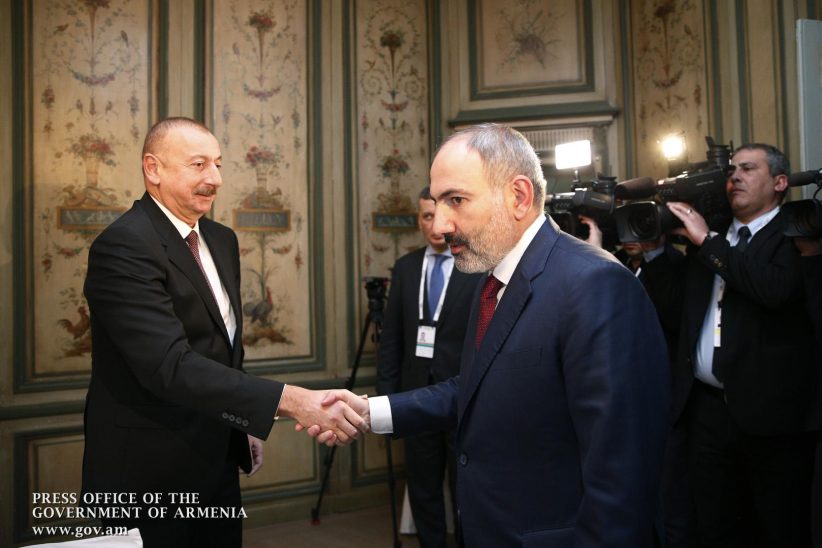 “Recently, rather active work is done in the diplomatic sector,” Eduard Aghajanyan, the chair of the foreign relations committee in parliament, told journalists. “As far as I know, there are also negotiations that sometime later a meeting must take place between the leaders of the countries.”

He did provide a timeline or any further details. At their last talks earlier this year in Brussels, Pashinyan and Aliyev agreed to meet again in July or August.

The European Union has brokered two meetings between Pashinyan and Aliyev so far this year. At those meetings, they reportedly reached some form of understanding on drafting a peace treaty and forming a joint border delimitation commission.

Still, nothing of substance has come of the Armenia-Azerbaijan normalization process so far, and tensions between the two neighboring countries remain extremely high.

In addition, Aghajanyan reiterated Yerevan’s position that allowing Baku to establish a “corridor” connecting mainland Azerbaijan with the Nakhichevan exclave via Armenian territory “is in no way acceptable.”

The Russia-brokered ceasefire that Armenia and Azerbaijan signed in 2020 includes an agreement that “all economic and transport connections in the region shall be unblocked,” including a route between mainland Azerbaijan and Nakhichevan.

Baku has repeatedly pushed for the passage to have the status of a corridor, implying Armenia would not have control over or checkpoints on the route. Yerevan has consistently rejected that prospect, saying it wants control of the road.

Azerbaijan’s insistence on having a corridor “does not help or promote constructive discussions,” Aghajanyan added.