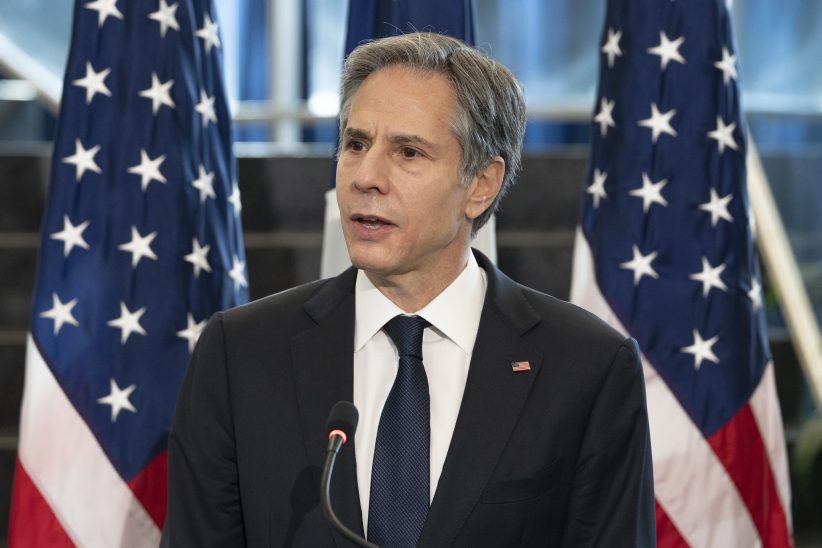 In a read-out of Blinken’s call with Pashinyan, State Department spokesperson Ned Price said Blinken “reaffirmed support for productive EU-brokered discussions” and noted that the United States, as a Minsk Group co-chair, “stands ready to engage bilaterally and with likeminded partners to help” resolve the Karabakh conflict.

The European Union has emerged in recent months as a major mediator between Armenia and Azerbaijan, hosting two meetings earlier this year between Pashinyan and Aliyev. Washington has repeatedly said it supports the EU’s mediation efforts, while Moscow has hit back at Brussels’ increased involvement as interference.

The EU’s greater role comes as the collapse in relations this year between Russia and the West over Ukraine has thrown the future of the Minsk Group, which has led Karabakh mediation efforts for many years, in serious doubt. The body is co-chaired by France, Russia, and the United States.

In recent months, Moscow has questioned the Minsk Group’s ability to function moving forward, accusing its co-chairs of “canceling” Russia’s role, while Paris and Washington have stressed they remain committed to the body.

In his statement, Price also said Blinken “offered the United States’ assistance in facilitating regional transportation and communication linkages,” a reference to ongoing efforts to unblock transport links between Armenia and Azerbaijan.

Armenia, Azerbaijan, and Russia formed a joint working group on transport unblocking last year, but nothing has come of it so far. The Moscow-brokered ceasefire that Yerevan and Baku signed in 2020 includes an agreement that “all economic and transport connections in the region shall be unblocked.”

In addition, Blinken said he welcomed the meeting between the Armenian and Azerbaijani foreign ministers in Georgia and the historic call between Pashinyan and Turkish President Recep Tayyip Erdoğan, both earlier this month.

An unknown number of Armenian prisoners of war remain in captivity in Azerbaijan, more than a year and a half on from the end of large-scale hostilities in and around Karabakh.

Blinken’s talks with Pashinyan and Aliyev follow up on calls made earlier this month by U.S. Assistant Secretary of State Karen Donfried to the Armenian and Azerbaijani foreign ministers to discuss the normalization process.

Donfried, who heads the Europe and Eurasia bureau at the State Department, visited all three Caucasus countries last month to “highlight the readiness of the United States to help build a lasting peace” in the region.
Meanwhile, William Burns, the director of the Central Intelligence Agency, also paid a surprise visit to Yerevan recently, meeting with Pashinyan and other high-ranking Armenian officials. It was the first-ever visit by a CIA head to Armenia.

Negotiations underway on next Pashinyan-Aliyev meeting

Turkey doubles down on coordinating Armenia normalization with Azerbaijan