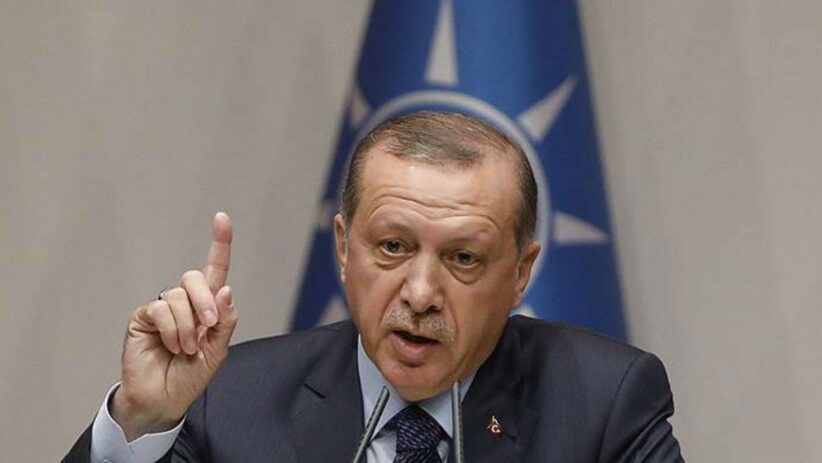 Turkish President Recep Tayyip Erdoğan confirmed Turkey and Azerbaijan are coordinating their positions in ongoing normalization efforts with Armenia in an interview Monday, doubling down on similar comments made days earlier by his foreign minister.

“Azerbaijan was our red line from the beginning. We have said that we will open our border only after the Azerbaijan issue is solved,” Erdoğan said in a wide-ranging interview with state broadcaster TBT Haber.

Last Thursday, Turkish Foreign Minister Mevlüt Çavuşoğlu told TRT Haber that Ankara considers the normalization process to be taking in “a tripartite format,” explaining that “we coordinate every step with Azerbaijan.”

A case in point: The day before his interview, Çavuşoğlu called his Azerbaijani counterpart to discuss “the latest developments in the South Caucasus,” according to a Turkish Foreign Ministry read-out.

The comments appear to conflict with Yerevan’s long-standing position that normalization talks with Ankara should be held “without preconditions,” meaning separately from its negotiations with Baku.

A previous effort to normalize relations between Armenia and Turkey over a decade ago failed in part due to fierce opposition from Azerbaijan.

In another echo of Çavuşoğlu’s earlier comments, Erdoğan said that Ankara is “serious and determined in the normalization process” and called on Yerevan to “take concrete actions.”

“We have the goal of full normalization and establishing good-neighborly relations,” he added.

This month has seen a historic phone call between Erdoğan and Armenian Prime Minister Nikol Pashinyan, as well as a breakthrough agreement to partially open the Armenia-Turkey border. The timeline for that remains unclear.

Those steps aside, nothing of substance has come from ongoing negotiations between Armenian and Turkish special envoys, who have met four times so far this year.

Still, that is more progress than has been made in Armenia-Azerbaijan normalization efforts, which remain stalled over seemingly irreconcilable differences in position.

Jewish Renaissance in Armenia amid Exodus from Russia