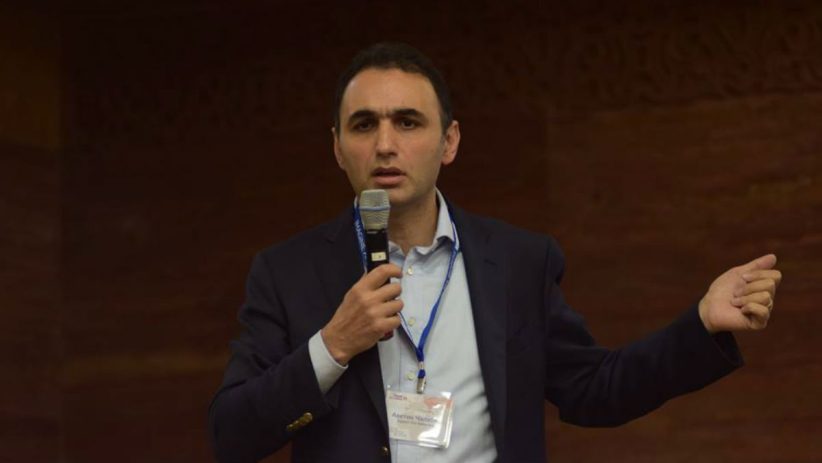 Armenian opposition activist Avetik Chalabyan was released from detention Wednesday about two and a half months after he was arrested on charges he has decried as politically motivated. The government’s case against him, however, remains open.

Chalabyan pledged Thursday to continue his “struggle for a free, sovereign, and mighty homeland, a just social order, and a safe and prosperous future,” in one of his first public statements since his release.

A well-known public figure and opposition activist in Armenia, Chalabyan was detained in May after pro-government news sites published leaked audio fragments of a conversation between him and a student leader at Armenia’s National Agrarian University.

Chalabyan and his supporters allege the recording was manipulated and have demanded the government release the full tape, which they say would prove Chalabyan’s innocence.

Chalabyan was a regular fixture at the rallies, which were largely organized by the opposition. Over 2,100 protesters were detained at one point or another, according to official figures, but most were freed within hours.

The U.S.-based Armenian Bar Association released a statement over the weekend saying it was “deeply concerned about the lack of due process” in Chalabyan’s case. Armenian Human Rights Defender Kristinne Grigoryan has requested “clarifications” on the case from the Prosecutor General.

Despite Chalabyan’s release, the case against him remains open. At the trial’s opening Tuesday, Chalabyan accused Pashinyan of “persecuting” him and his family, referring to allegations that the government had also been pressuring his younger brother to resign from a senior post at the Central Bank.

Earlier reports in the Armenian press suggested that government officials had instructed the head of the Central Bank to force Ara Chalabyan to resign.

On Thursday, the younger Chalabyan confirmed he was “no longer working at the Central Bank,” without providing any further detail.

In a statement to CivilNet, Avetik Chalabyan’s wife, Anahit Adamyan, said her husband was being “persecuted on clear political grounds, in a blatantly fabricated criminal case” because “his views on Armenia and Artsakh’s future are clearly not in line” with the government’s.

She said “our goal is to achieve Avetik’s full acquittal in this fabricated and politically motivated persecution,” adding that his next hearing in court is set for Friday.