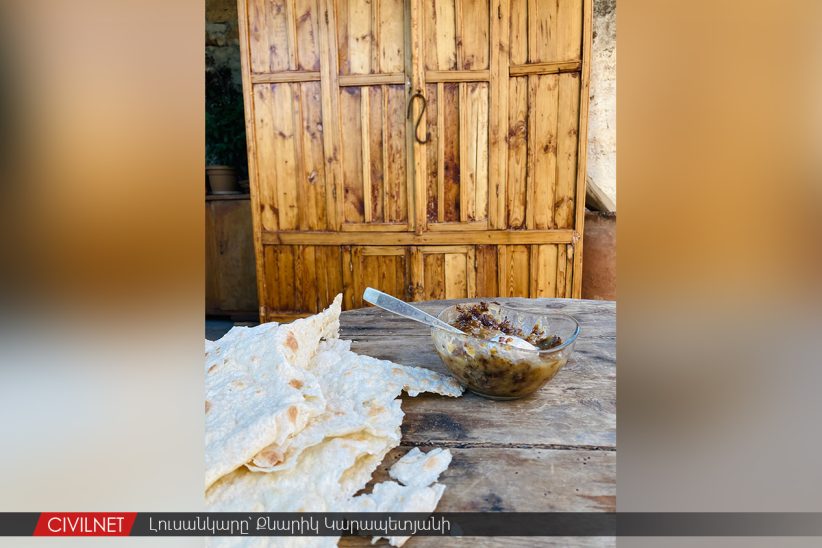 We’re at the height of summer, and the news seems to be as hot as the temperatures. Turkey continues a “will they/won’t they” dance with Armenia, having announced that the border between the two nations will open sometime soon for third party citizens, then repeated their refrain that Armenia must find a resolution with Azerbaijan as a precondition for an opening with Turkey. Armenia is also at the center of big power politics, as within days the head of the CIA William Burns, the Foreign Intelligence Service Director of Russia, and the Secretary of Iran’s Supreme National Security Council were all in Armenia meeting with Prime Minister Pashinyan, and – for all we know – each other’s representatives as well. Here is a round-up of other interesting and important Armenia-related stories that have been popular on social media lately:

It’s summer in Armenia, which means the tourists are here – but so is the CIA Director & his Russian counterpart. All this while President Joe Biden visits Sourp Hagop Monastery. Unexpected times for sure, read all about these stories and more in our latest social media roundup!

One ultranationalist, authoritarian, aggressor state is sanctioned and isolated.

The other is described as a "crucial partner" https://t.co/AwfmTwXzl2

A major recent event which upset many, and not just Armenians, was the signing of an energy agreement between the EU and the Aliyev regime. Critics point out that while it intends to replace the energy supply from Russia to punish Putin for his human rights violations, Aliyev is no less a human rights pariah.. Further, Russia purchased a stake in Azerbaijan’s energy field, meaning it will still benefit from the EU switching from Russian gas to Azerbaijan’s. Furthermore, Azerbaijan’s capacity is dwarfed many times by Russia’s, so it is impossible to replace one with the other. All this while the EU undermines its stance on the human rights front. Many pointed out this was not a worthy trade.

Dear @vonderleyen,
As you move to reduce energy dependence on 🇷🇺 Russia’s kleptocratic regime, you cannot ignore that so recently 🇦🇿 Azerbaijan’s ruling elite was exposed as buying influence from European politicians to earn a “trustworthy” image.

Transparency International was particularly vocal in pointing to this hypocrisy, with an explainer on the history of Caviar Diplomacy.

Much international news was made about President Biden’s visit to Israel and Saudi Arabia. During his time in Jerusalem, he unexpectedly paid a visit to the Armenian Patriarchate and the St. James Monastery. Little has been said about what exactly prompted his side trip. Armenians are themselves often in need of mediation with Israeli encroachment on the Armenian Quarter. .

President Biden isn’t the only member of the Executive Branch with Armenia on the mind. As this tweeter pointed out, Secretary of State Blinken has been in regular contact with the Armenian government. He released statements about separate calls with both Prime Minister Nikol Pashinyan and Azerbaijan’s President Aliyev, which specifically praised Armenia for its constructive position in making peace and also called on Aliyev to “release all remaining Armenian detainees”.

Want to know how trending happens on Twitter. Those who follow Armenia found out the hard way in July. A random conspiracy-minded user who saw a video posted to Telegram about a “revolution” happening in Armenia ran with it, promoting the story without verifying. The video of protestors at the Armenian Foreign Ministry was real – from two months ago – however it was packaged as “breaking news” that the Sri Lanka revolts had somehow spread to Armenia. And the misinformation caused new distrust in media – with readers wondering why the “revolution” was not being covered more widely.

In the world of sports and entertainment, Henrikh Mkhitaryan has moved from football team Roma to Inter Milan, and to celebrate the change he’s instructing his new fans on how to spell his name.

As we mentioned last round-up, Armenia’s 2022 Eurovision entrant Rosa Linn is continuing to burn up the charts with her song “Snap”. She’s been called the “unexpected” winner of Eurovision, because even though she only placed 20th during the contest, the song received a second wind in the months that followed and now is on the brink of being the most streamed Eurovision song globally this year. Eurovision fans on social media are marveling at her success, calling “Snap” a viral summer sensation, one which was able to take on new life through TikTok.

Turkish-American Dr. Mehmet Oz has won the Republican primary to run for office as Pennsylvania senator, but his candidacy is being criticized for his ties to President Erdogan and the fact he doesn’t even live in Pennsylvania. The Armenian Genocide has been a recurring theme as well, since Oz does not appear to recognize the genocide and when pressed his campaign released a statement clearly avoiding doing so. The latest is this revelation in the Daily Beast about a previously undisclosed real estate holding which Oz rents to members of the Assembly of Turkish Associations, which has spent decades fighting genocide recognition as one of its major components.

Oz has been roundly panned as a Senate candidate who refuses to recognize the Armenian Genocide, but that doesn’t mean there hasn’t been pushback on the article. This correspondent for The Independent and a Senior Fellow at the Scowcroft Center (named for Brent Scowcroft, who spent decades lobbying for Turkey against genocide recognition) pointed out that Oz’s associates cannot be faulted for having views which are mainstream among Turks. How that’s justification for someone aspiring to become an American policymaker is unclear. , Oz has been trying to distance himself from claims he’s too Turkish to be an American politician, yet he has been unable to bring himself to recognize the genocide like the US government in which he wants to serve. They should also look to the example of Cem Özdemir who is a Turkish politician in Germany who has been vocal in recognizing the genocide and denouncing the pashas responsible for it. Or Garo Paylan, and others, inside Turkey, where it’s harder. Clearly it’s possible to be a Turkish politician and recognize the genocide; not doing so is a choice.

Armenia’s gem of a museum and manuscript repository got well-deserved attention recently in the Financial Times.

In the same vein, this post about a book by Christina Maranci about Armenian art (published in 2018 by Oxford University Press) went viral, bringing it to the attention of a widely non-Armenian audience. You can get a look inside at this link, or even better get the book!

Finally, keeping with our artistic theme, this story from Philadelphia’s National Public Radio details the life of an Armenian-American artist who made his mark a century ago, but fell into obscurity due to his untimely death at just age 22. All his works were thought lost, however the recent rediscovery of one of them has sparked a reappreciation for the artist after it sold at auction for a record price.