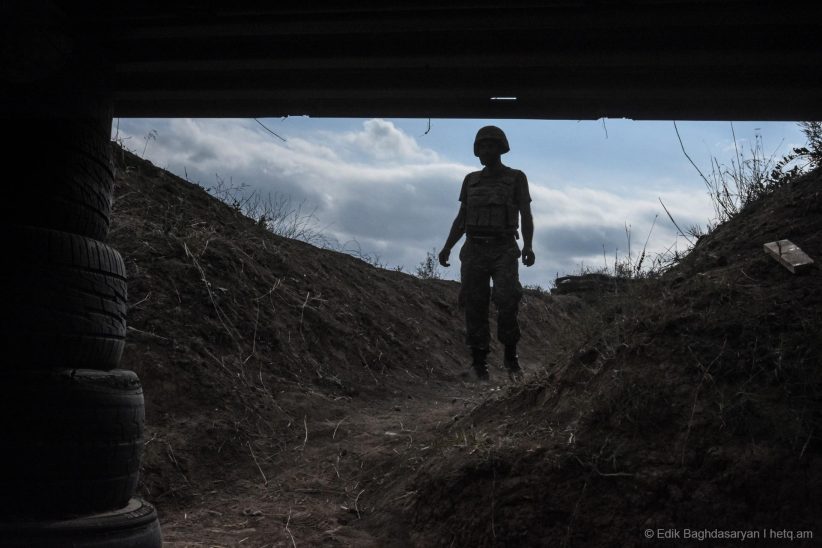 “On August 1, starting at 9:00, Azerbaijani units in several sections of the northern and northwestern border zone of the Artsakh Republic resorted to provocations by making attempts to cross the line of contact, which were stopped by (Artsakh) Defense Army units,” the Artsakh Defense Army announced.

Karabakh forces suffered no casualties, though the situation along the line of contact remained tense into Monday evening, it said.

In a follow-up, the Artsakh Defense Army refuted “information circulating on the internet about heated battles in one part of Artsakh or another,” urging people to “exclusively follow official information.”

Karabakh Foreign Minister David Babayan echoed those sentiments in his own Facebook post, stressing that “everything is under the control of our armed forces” and calling on people to “rely exclusively on official sources of information.”

Earlier in the evening, Karabakh President Arayik Harutyunyan convened a meeting with his defense and security chiefs to review the “operational and tactical situation” in and around Karabakh, Harutyunyan’s office reported.

Azerbaijan’s Defense Ministry has denied the incursions, saying the Artsakh Defense Army’s statements have “a provocative and misleading goal.”

Earlier in the day, Azerbaijan’s Defense Ministry called on social media users in the country not to share footage of Azerbaijani troop movements in and around Karabakh.

Lessons for Armenian tech success from around the world