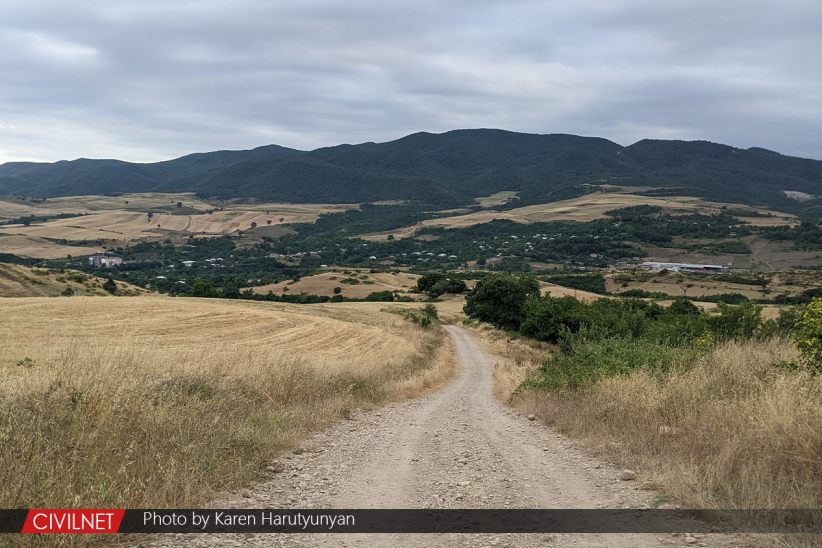 Reaction to Wednesday’s major escalation in Karabakh continued pouring in from across the globe Thursday, with major powers calling for restraint and de-escalation in the region.

Stéphane Dujarric, the spokesperson for United Nations Secretary-General António Guterres, said in a daily briefing that “the Secretary-General is following with concern recent reports of tensions in and around the Nagorno-Karabakh region.”

The UN “urges the sides to exercise restraint and address all outstanding issues through dialogue,” Dujarric added.

Russia, which brokered the 2020 ceasefire between Armenia and Azerbaijan and deployed peacekeepers to the region, “expresses extreme concern” about the clashes and “calls on the sides to exercise restraint and observe the ceasefire regime,” according to a Foreign Ministry statement.

“Russian peacekeepers are making every effort to stabilize the situation on the ground,” the statement said, adding that “active work with both sides is being conducted through all channels and at all levels, including the country’s top leadership.”

A case in point: Russian President Vladimir Putin discussed the situation in Karabakh at a meeting of Russia’s Security Council in Moscow on Thursday, according to Kremlin spokesperson Dmitry Peskov.

The members of the Security Council, which includes Russia’s top defense and security officials, “stressed the need to comply with all the provisions of the tripartite (ceasefire) agreement,” Peskov was quoted as saying by RIA Novosti, a Russian news agency.

Peskov also told the TASS news agency that Russia is “indeed, watching very carefully” the developments in Karabakh and reiterated the need for restraint and respecting the ceasefire.

The Russian-led Collective Security Treaty Organization, of which Armenia is a founding member, also put out a statement “calling for the parties to the conflict to refrain from the use of force and to exclusively use diplomatic methods to overcome existing differences.”

In Washington, State Department spokesperson Ned Price said the “United States is deeply concerned by and closely following the reports” coming out of Karabakh and “urges immediate steps to reduce tensions and avoid further escalation.”

The State Department’s statement stressed “the need for a negotiated, comprehensive, and sustainable settlement” of the Karabakh conflict, but did not mention the Russia-brokered ceasefire.

On Thursday, Secretary of State Antony Blinken “raised the Nagorno-Karabakh conflict” in a phone call with Turkish Foreign Minister Mevlüt Çavuşoğlu, “noting that the United States is ready to engage bilaterally, with likeminded partners, and through our role as an OSCE Minsk Group Co-Chair” to help resolve the Karabakh conflict.

Meanwhile, Javier Colomina, the North Atlantic Treaty Organization’s special representative for the Caucasus, wrote on his personal Twitter account that “NATO calls for an immediate cessation of hostilities” and “urges both sides to de-escalate and return to the negotiating table.”

The European Union, which has forged a greater role for itself in Karabakh mediation efforts in recent months, released a statement that “calls for an immediate cessation of the hostilities.”

It is “essential to de-escalate, fully respect the ceasefire and return to the negotiating table,” the statement continued, adding that Brussels “remains committed to help overcome tensions and continue its engagement” in the region.

Toivo Klaar, the EU’s special representative for the Caucasus, wrote on Twitter he was “concerned” and “engaged on multiple levels,” while an EU official said European Council President Charles Michel was also “closely engaged” on the issue.

The Organization for Security for Co-operation in Europe, which set up the Minsk Group in the early 1990s to help resolve the Karabakh conflict, is “extremely concerned” and urges “all necessary measures to bring de-escalation and resume dialogue,” the Polish mission to the OSCE said on Twitter. Poland holds this year’s rotating OSCE chair.

Azerbaijan launched two attacks on Armenian positions in Karabakh on Wednesday in a move it called “operation revenge,” leaving two Armenian soldiers dead and 19 injured, four seriously. Azerbaijan has reported one soldier killed. Those figures make Wednesday one of the deadliest days in Karabakh since the end of the 2020 war.

The Russian peacekeeping contingent releases a bulletin every evening detailing the previous day’s events in Karabakh. It is unusual for the peacekeepers to directly blame one side or the other for ceasefire violations, let alone to make multiple such determinations over several consecutive days.