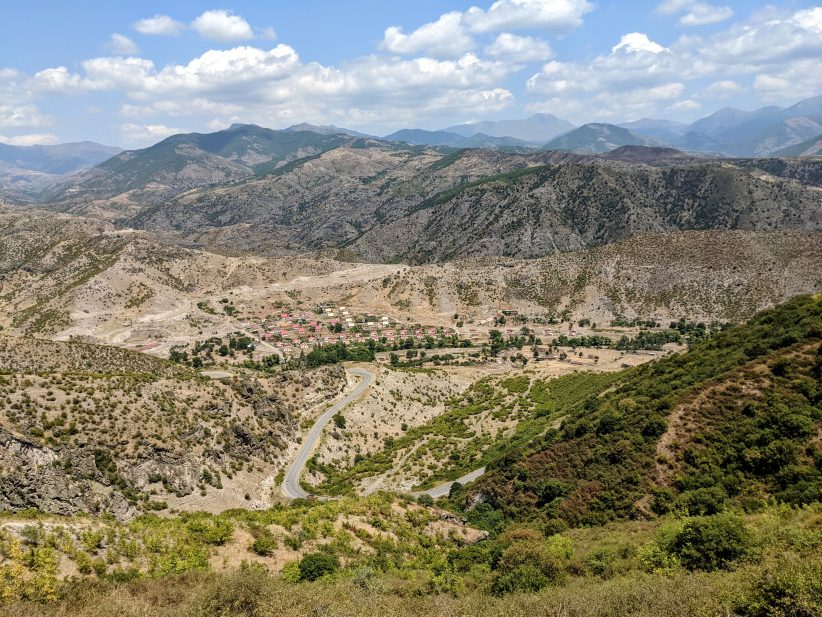 Karabakh’s authorities have ordered the remaining Armenian residents of villages and towns located in the Lachin corridor to leave their homes by the end of the month.

All three communities are located within the Lachin corridor, a five-kilometer wide strip of land controlled by Russian peacekeepers that contains the only road connecting Armenia and Karabakh.

The corridor’s future has become the source of escalating disagreement between Yerevan and Baku in recent weeks. Azerbaijan has reported it captured some strategic areas near the corridor on Wednesday, which saw one of the biggest escalations in Karabakh since the end of the 2020 war.

The ceasefire that ended the war says a new road should be built that also connects Armenia and Karabakh, while bypassing Aghavno, Berdzor, and Nerkin Sus. Once the alternative route is completed, Russian peacekeepers are supposed to hand over control of the old route to Azerbaijan and relocate to the new route.

The ceasefire calls for “a plan for the construction” of the new road to “be determined within the next three years.” Even though the ceasefire does not specify which side should take on the responsibility and cost of building the new road, Baku has taken the lead on the project. Azerbaijani construction crews have reportedly finished about 30 kilometers of the route already.

In sharp contrast, Yerevan announced plans to start building the section that lies within Armenia only last week. Gnel Sanosyan, Armenia’s Minister of Infrastructure and Territorial Administration, told journalists Thursday he expected Armenia’s section to be completed by the spring.

Nonetheless, Baku has reportedly requested that Yerevan begin using the new route “in the near future,” an offer that Armenian officials have soundly rejected, noting that the two sides have yet to come to a formal plan on the issue.

It remains unclear how traffic could pass along an unfinished road. It also remains unclear what would happen to a number of crucial pieces of infrastructure located within the Lachin corridor should Azerbaijan take control of the area. They include a high-voltage electrical line, gas pipeline, and internet cable, all running from Armenia to Karabakh.

CivilNet’s Stepanakert team visited Aghavno and Berdzor in June to speak with residents about the prospect of a handover. Residents largely struck a defiant note, pledging to stay, just as they did when CivilNet reporters went to Aghavno in the immediate aftermath of the war.

“The whole village, young and old, will tell you that we’re staying, we’re not leaving,” said one Aghavno resident, Anna Harutyunyan, at the time.

In picture: the village of Aghavno from above, photo by Karen Harutyunyan/CivilNet