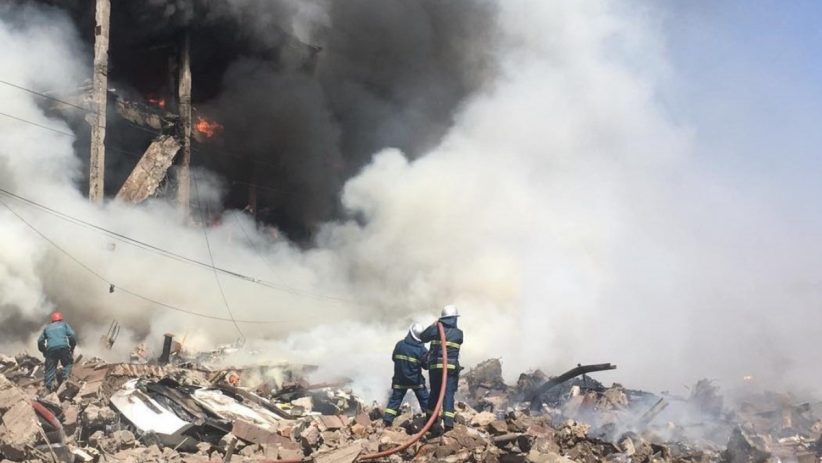 The death toll in a large explosion Sunday at a popular Yerevan shopping strip rose overnight to six, with another 61 injured, the Ministry of Health said in a statement. Rescue crews continue to search the wreckage for 15 people who remain missing, according to the Ministry of Emergency Situations.

A spokesperson for the ministry said that, as of Monday morning, firefighters were still working to contain a fire that broke out following the blast Sunday afternoon at Surmalu, a large wholesale and retail shopping strip located close to central Yerevan.

The explosion and resulting fire destroyed large portions of the shopping strip and led to the partial collapse of a nearby three-story building. The damaged area covers roughly 8,000-9,000 square meters, equal to about one and a half American football fields.

A spokesperson for Yerevan municipality said Sunday that the explosion occurred at a warehouse storing fireworks.

Prime Minister Nikol Pashinyan and a number of other high-ranking officials visited the blast site Monday morning to survey the damage.

The Prosecutor General’s office has opened a criminal investigation into the explosion, saying it is not ruling out any possible causes. As of now, it remains unclear how the fireworks detonated.