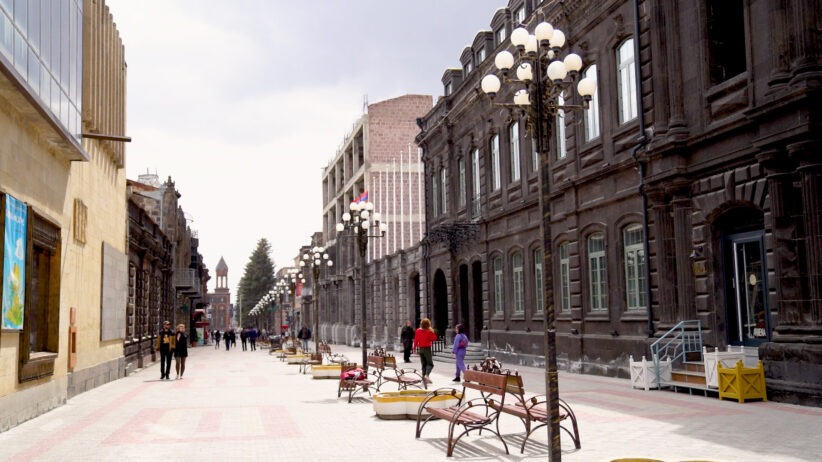 A Gyumri resident with the initials J.S. has been arrested in connection with two false bomb threats made earlier this week and charged with false reports of terrorism, the Prosecutor General’s office announced Friday.

An anonymous caller told police Monday and Tuesday he was planning to plant bombs at the regional tax and customs office in Gyumri, Armenia’s second city, as well as several other government buildings.

Police officers and specialists from the Ministry of Emergency Situations quickly determined that the bomb threats were false and confirmed that no explosive devices had been planted.

J.S., who authorities believe was behind the threats, was arrested Tuesday evening, the Prosecutor General’s office said, noting that making false reports is a “criminally punishable” offense that “will be thoroughly investigated.”

The incidents in Gyumri are part of a recent spate of anonymous bomb threats targeting transport hubs, shopping centers, and public buildings across Armenia.

So far this year, the Ministry of Emergency Situations has received 35 bomb threats, mostly by email. None have turned out to be real. Authorities say many of the threats seem to have been sent from people living outside Armenia.

“Last year we had only seven cases during the whole year, and today, imagine, we are almost doubling or tripling the number of false alarms,” Arsen Saroyan, the deputy head of the Ministry of Emergency Situations Crisis Center, told CivilNet earlier this week

He added that the Ministry of Emergency Situations is required to review every threat, even if it quickly becomes apparent that it is not credible.

The incidents in Gyumri came just days after a large explosion ripped through Yerevan’s Surmalu shopping strip, killing at least 16 people and injuring scores more. Authorities have ruled out terrorism as a cause of the blast.

The National Security Service has launched an investigation into the bomb threats.

Three border checkpoints may be set up on Armenia-Azerbaijan border