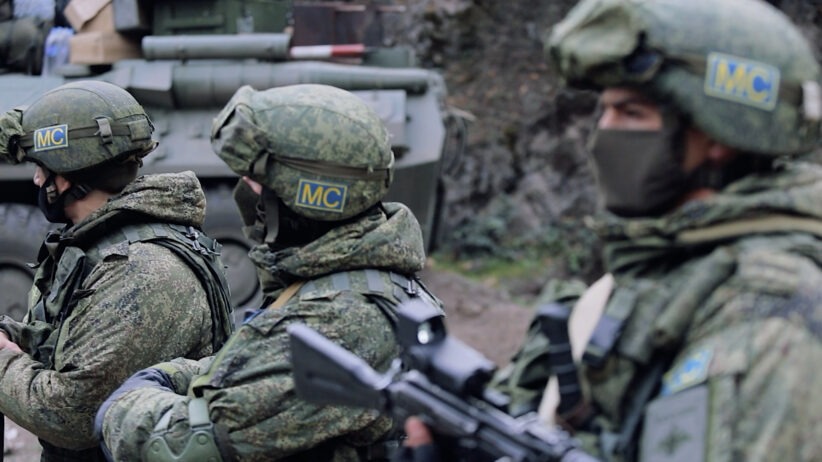 Vitaly Balasanyan, the secretary of Karabakh’s Security Council, has appealed to Andrei Volkov, the head of the Russian peacekeeping contingent stationed in Karabakh, requesting that the authorities in Stepanakert be given a say in deciding which journalists are let into the region.

The corridor, a five-kilometer wide strip of land controlled by Russian peacekeepers that contains the only road connecting Armenia and Karabakh, is due to be handed over to Azerbaijan next Thursday. The remaining Armenian residents have been ordered to evacuate by that date.

Footage of Fatullayev’s visit quickly went viral on Armenian and Azerbaijani social networks alike. In his reporting, Fatullayev referred to the Armenian residents of Berdzor as “badly dressed people” and called Aghavno “dirty and rotten,” sparking outrage in Armenian circles.

Aghavno residents told Radio Azatutyun Thursday that Fatullayev had introduced himself “as a representative of the international media,” not as an Azerbaijani reporter.

“We thought that, probably, English or American journalists had arrived. In general, he spoke in English, probably to distract us so that we wouldn’t know who he was,” said Aghavno resident Martiros Hakobyan.

In an interview published Thursday by the Armenian news site 168.am, Hrayr Hakobyan, the Karabakh Security Council’s press secretary, appeared to deny that Fatullayev had, in fact, traveled to Aghavno and Berdzor — even though residents have publicly confirmed Fatullayev’s visit.

The following day, the Karabakh Security Council released a statement accusing 168.am of manipulating or misinterpreting Hakobyan’s remarks.

The Russian peacekeeping contingent in Karabakh has not commented publicly on Balasanyan’s appeal.

Tentative dialogue between Armenia and Turkey: A view from Istanbul