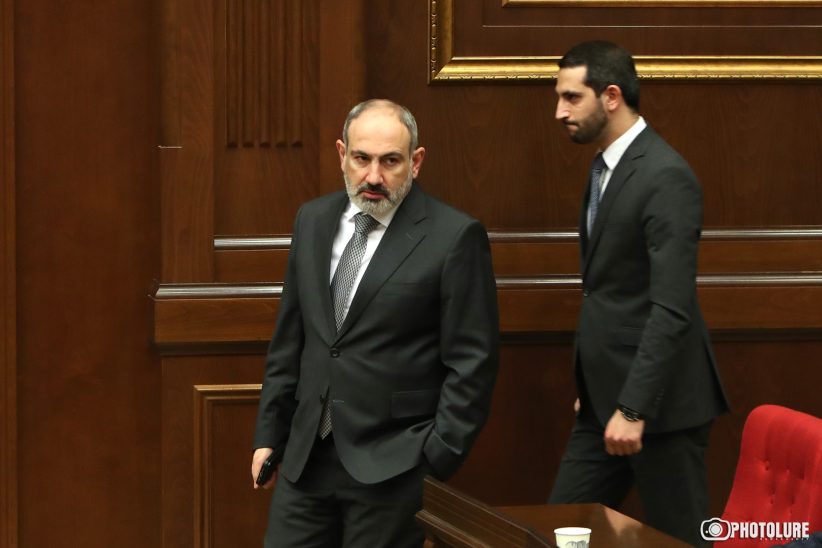 Armenian Prime Minister Nikol Pashinyan has once again appeared to criticize Russia’s role in the region, this time in veiled remarks in a message published Tuesday to mark the anniversary of Armenia’s declaration of independence from the Soviet Union.

“Independence for us means strong, allied relations, but your allies are not always only your allies, but also the allies of those who are against you,” he said, apparently referring to Russia’s ties with Azerbaijan.

Pashinyan added: “Independence for us means security, but there are cracks forming in front of our eyes in the international structures designed to ensure this security, and one of the first cracks, unfortunately, appeared in Nagorno-Karabakh.”

That could be a reference to Russia’s full-scale invasion of Ukraine in February, which has upended global politics and rocked world markets.

“To write that as the leader of a country, of a very vulnerable country without real defensive capabilities and without any mechanisms of protection — it is childish, it is problematic, and it is very dangerous,” Grigoryan said by phone.

He explained Pashinyan’s comments as “just another way of putting blame on others.”

“He’s trying to put part of the blame for the problems we have and had on Russia, and not just on Russia, but on some changes in the world order,” Grigoryan argued. “In doing this, he, of course, ignores his agency, the agency of his government, and the mistakes they made and still continue to make.”

Importantly, it is not the first time that Pashinyan has been critical of Russia’s role in the region.

In a lengthy address earlier this month, Pashinyan explicitly called out Russian peacekeepers’ inability or unwillingness to prevent further escalations in Karabakh, saying their failures “bring to light questions of a systemic nature” and “raise questions among the Armenian public about the purpose and essence of the peacekeeping operation.”

Anti-Russian sentiment is reportedly growing in Karabakh following a major escalation in the region earlier this month that left at least two Armenian soldiers and one Azerbaijani soldier dead.

Pashinyan has also been publicly critical of the Collective Security Treaty Organization, a Russian-led military alliance, for declining to respond to an incursion last spring by Azerbaijani troops into parts of Armenia, in sharp contrast to its decisive reaction to mass civil unrest that shook Kazakhstan in January.

“Unfortunately we cannot say that the organization reacted in the way Armenia expected,” he told fellow alliance leaders at a summit in Russia in May. “Honestly, the reaction of the CSTO members during and after the 44-day war of 2020 did not make Armenia very happy.”

Still, Pashinyan has generally been careful to temper his criticism of Russia with praise, stressing, for instance, that the peacekeepers in Karabakh “are a key factor in ensuring the security of Artsakh Armenians” and that he remains “committed to the CSTO’s further development.”