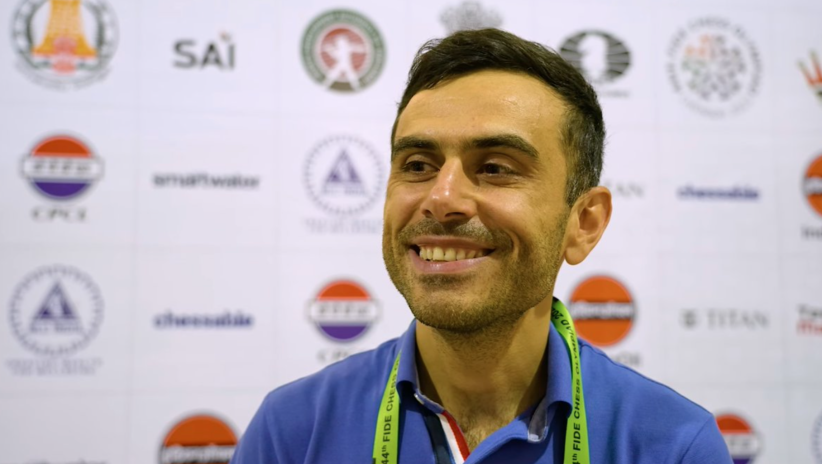 August has been a difficult month for Armenia. It started with an attack in Nagorno Karabakh by Azerbaijani forces which killed 2 and wounded 19, demonstrating their ability to break the ceasefire at will without repercussions. Then on August 14, a tragic explosion tore through the Surmalu shopping strip injuring scores and killing at least 16. All this against the background of the sudden forced displacement of Armenian families in the Berdzor region, most notably Aghavno village, which has brought back to the surface raw trauma and a sense of déjà vu to the immediate post-war period. Despite all this, August has also seen its share of success and reasons for hope, which we’ll break down in this social media round-up.

Perhaps one of the most dramatic examples of social media having an effect in the “real world” is related to the Surmalu tragedy. Despite the fact it was almost certainly caused by improperly stored fireworks, a number of conspiracy theories have circulated speculating about what caused it. One of those pins the blame on Russia, and while there apparently was some discourse about it from independent news outlets and individuals, the story was a pretty obscure one. That didn’t stop Russia from taking extreme offense, calling it “Russophobia”, and ordering the Armenian government in very strict language to halt the rumors at once. This note from the Russian embassy has actually raised more suspicion and confusion than the actual conspiracy theory, as there is certainly no Russophobia in Armenia, as evidenced by the thousands of its citizens who have found refuge and been warmly welcomed there in the past months. What is apparent however is that Russia is feeling the pressure from Armenian discontent with its role as “peacekeeper” in Karabakh, as recent developments have made them appear absolutely impotent, and this is likely their insecurity speaking.

Social media was also awash in celebratory messages from Azerbaijanis cheering on the death and destruction which struck Yerevan. While many Armenians were outraged and hurt, it’s hard to say the reactions came as a surprise.

While the hateful reactions naturally were the loudest and got the most attention, they were not the only type. This tweet from the chairman of the oppositionist Democracy 1918 Movement expressing his condolences in Armenian was a positive signal. In the past, this organization had expressed the typical anti-Armenian nationalistic rhetoric typical of opposition parties in Azerbaijan, however under this recent leadership that has completely stopped and been replaced with a much more liberal platform.

The American Red Cross highlighted the disaster response underway at Surmalu. A married couple Oxana and Denis who are also trained rescuers made headlines with their search and rescue dogs for saving lives.

Despite the tragedy and days of mourning in Armenia, that did not stop the Azerbaijani propaganda machine from launching incessant social media attacks. In fact, social media watchers have noticed an uptick in the variety, fervency, and all around bluntness of such attacks this month, that it bears the hallmarks of a coordinated assault aimed at demoralizing and undermining Armenia as much as possible at this time of great weakness and insecurity. One of the many examples was blaming Armenians for wildfires occurring around Lachin…

…despite the fact such fires have been breaking out all over Azerbaijan due to extremely high temperatures and dry conditions. Naturally, Armenians are being used as scapegoats to deflect from anger with Aliyev’s government. The propagandists have also been appealing in vain to notions of environmentalism and their new favorite term of “ecocide”, claiming that Armenians are a threat to the environment while Azerbaijan does whatever it can to protect it.

The absurdity of this argument was summed up best by the above.

One more example of the propaganda assault was the publishing in the new British edition of Rolling Stone magazine of a seemingly completely un-fact checked article by one of the worst anti-Armenian “analysts” on Twitter. While the article does appear in the magazine’s print edition, it was never published online and the author was told to delete his tweet about it. He later complained about his article’s reception and used the chance to deny the Armenian Genocide while he was at it.

The Armenian world lost some giants this month, including Professor Nina Garsoïan who, besides being a pioneering scholar of Armenian history, broke multiple glass ceilings during her illustrious career.

Dr. Raymond Damadian also passed away; his work was instrumental in the development of the MRI machine and expanded the world of radiology, though he controversially was denied inclusion in the group of scientists who were awarded the Nobel Prize for it.

Finally, one of our reasons to celebrate this month has been the performance of the Armenian chess team at the biennial Chess Olympiad, which it has won three out of four times between 2006-2012. Despite what was expected to be a huge blow with the lack of star player Levon Aronian who has switched to playing for the United States, the team played very well and equaled the 19 match points won by the young Uzbek team, which was awarded first place over Armenia as it had lost to them. Also notable was Aronian refusing to play against his former team, withdrawing from the US-Armenia match which ended in a draw.

Coming off of Artur Davtyan’s history-making performance at last year’s Tokyo Olympic games, winning the first ever gymnastics medal in the history of independent Armenia, he and his teammates have been showing at the 2022 European Championships that Armenia indeed may be a rising force in the sport. Not only did Davtyan win the silver in the vault (with his brother coming in fourth), but Harutyun Meridinyan won gold on the Pommel Horse. In addition, the next generation also looks strong with competitors in the junior events Eric Baghdasaryan and Hamlet Manukyan winning a gold and two silvers.

Finally, we’ll close with a show of Armenian support from one writer to another. A reminder that even in these difficult days, there’s nothing like sticking together to keep ourselves going and building a brighter future.