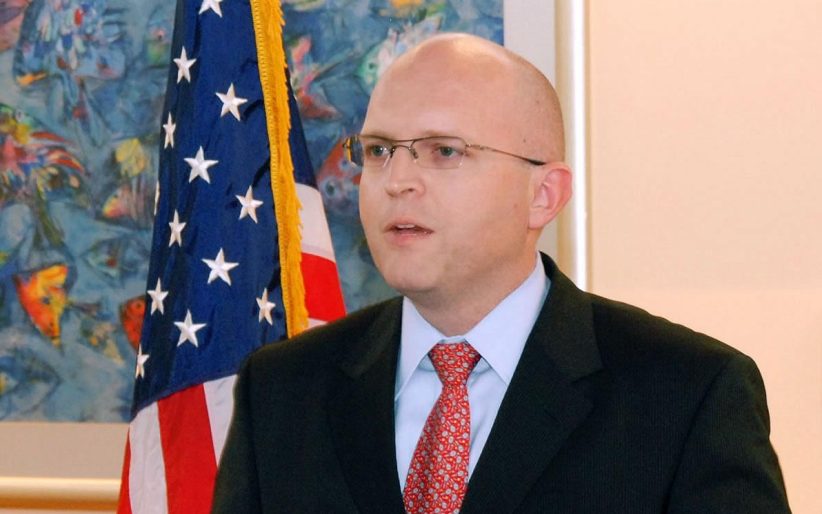 Secretary of State Antony Blinken on Wednesday appointed Philip T. Reeker to be the United States’ senior advisor for Caucasus negotiations, in which capacity he will also serve as Washington’s co-chair to the Minsk Group.

Reeker previously headed the State Department’s Europe and Eurasia bureau and served as the U.S. ambassador to North Macedonia.

In Blinken’s announcement, he also reaffirmed Washington’s commitment “to helping Armenia and Azerbaijan negotiate a long-term political settlement to the Nagorno-Karabakh conflict,” adding that the United States will seek to do so “bilaterally, with like-minded partners such as the European Union, and through…the OSCE Minsk Group.”

The Minsk Group is a body under the Organization for Security and Co-operation in Europe that has led efforts to mediate a peaceful resolution of the conflict between Armenia and Azerbaijan for many years, largely without result. The group is co-chaired by France, Russia, and the United States.

Rising international tensions over Russia’s invasion of Ukraine earlier this year have thrown the future of the Minsk Group in serious doubt. Since the war in Ukraine began, Moscow has repeatedly questioned the group’s ability to function moving forward, while Paris and Washington have stressed they remain committed to the body.

Regional media reported in June that Laura Hochla, the head of the Caucasus affairs office at the State Department, would be Washington’s next Minsk Group co-chair. It is unclear what changed that led to Reeker’s appointment instead.

Reacting to the news, regional analyst Tigran Grigoryan wrote on Facebook that Reeker’s appointment was an “extremely important development…because the American co-chair is finally a diplomat with the rank of ambassador and with serious experience. This is an important indicator of the seriousness of U.S. intentions in our region.”

“Let me remind you that Andrew Schofer, appointed during Trump’s presidency, was the first American co-chair who did not have the rank of ambassador,” Grigoryan noted.

In his capacity as senior advisor for Caucasus negotiations, Reeker will also lead the U.S. delegation to the Geneva International Discussions, two parallel working groups that seek to address the consequences of the Georgia-Russia conflict. Those talks are co-chaired by the OSCE, the European Union, and the United Nations.

Earlier this year, President Joe Biden nominated Kristina Kvien, who is currently posted at the U.S. embassy in Ukraine, to be the next ambassador to Armenia. Kvien’s nomination has not yet been confirmed by the Senate.

AND IN OTHER NEWS: Loss & Hope