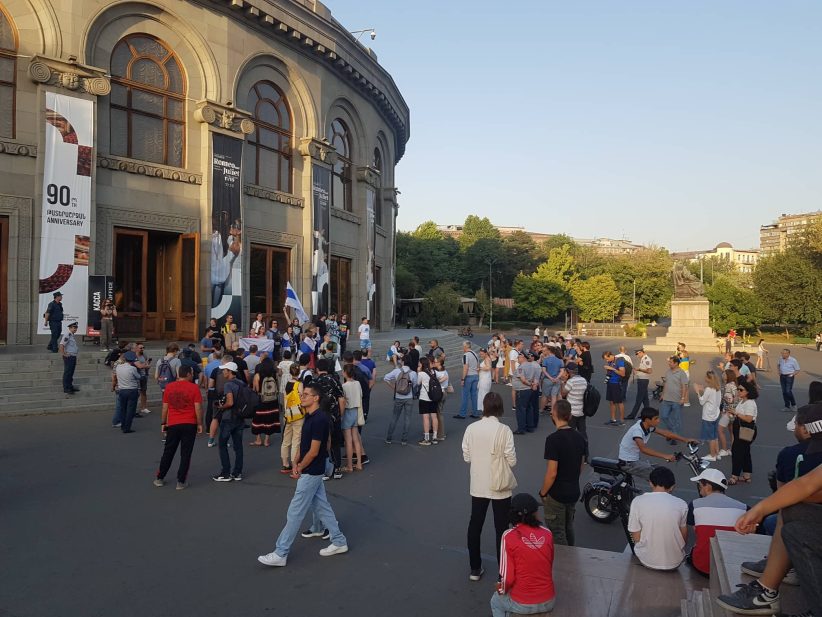 Armenian police said they detained 22 people attending a protest against Russia’s war in Ukraine on Wednesday afternoon in downtown Yerevan. The police have not made any public indication of the detainees’ citizenship, though it is understood Russian nationals were among them.

The police said the anti-war protesters were detained for “failing to comply with the lawful orders of police officers,” but did not immediately specify what those orders were.

A CivilNet reporter at the scene recorded video showing Russian blogger Alexey Romanov, who became a well-known figure in Armenia for his live coverage of the 2018 Velvet Revolution, among the detained.

Zarzand Gabrielyan, a police spokesperson, told CivilNet by phone Thursday that all 22 people detained had been released by 11 p.m. Wednesday evening. When asked about the detainees’ citizenship, Gabrielyan said the police “does not possess personal information.”

Meanwhile, Levon Sardaryan, a spokesperson for Yerevan’s municipality, confirmed to CivilNet in a phone call Thursday that the city had been given advance warning that the demonstration would be held.

A group of leading Armenian non-governmental organizations released a joint statement Thursday saying “we categorically denounce the actions of the police” and calling on the police “to immediately set free the arrested and to provide a public explanation for this unlawfulness.”

Pashinyan, Aliyev to meet in Brussels, with border commission to convene in Moscow