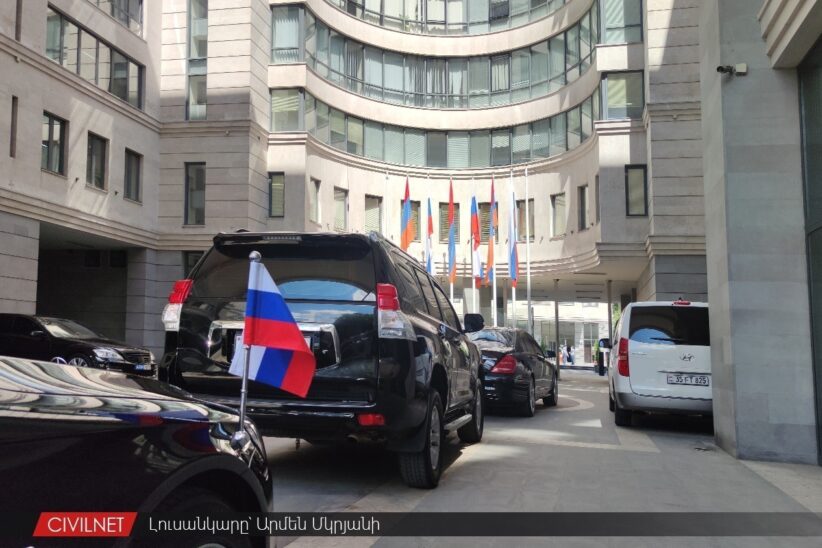 The Armenian Foreign Ministry has formally responded to a complaint lodged by the Russian embassy in Yerevan rejecting rumors of Russian involvement in the large explosion that ripped through Yerevan’s popular Surmalu shopping strip earlier this month.

“We have responded to the note from the Russian embassy in the prescribed manner,” Vahan Hunanyan, a spokesperson for the Armenian Foreign Ministry, told CivilNet Thursday. “The content of the note is part of the internal diplomatic record and, accordingly, we do not consider its publication to be appropriate.”

He did not elaborate further.

The Russian embassy in Yerevan announced last week it had made a formal complaint over the rumors, saying it was “outraged” by them and calling them a “direct provocation aimed at undermining Russian-Armenian allied relations.”

Days later, Ivan Nechaev, a spokesperson for the Russian Foreign Ministry, said Moscow “expects a response” to its complaint.

Allegations that Russia was somehow involved in the explosion, which started at a warehouse storing fireworks, have been spreading on Armenian social media.

Armenian officials have ruled out terrorism as a cause of the blast, but it remains unclear what caused the fireworks to detonate. The explosion left at least 16 people dead and scores more wounded.

22 arrested in Armenia for protesting Russia’s war in Ukraine

The Armenia-Turkey dog and pony show