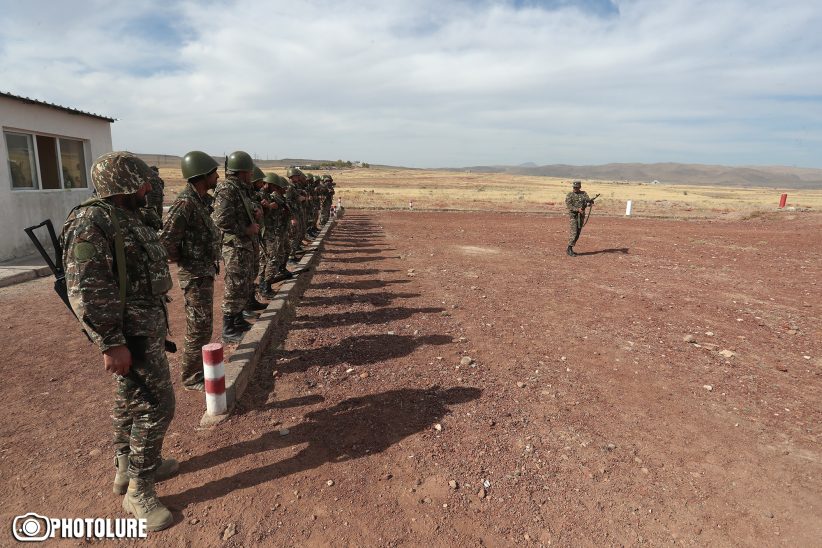 An Armenian government proposal to significantly reduce the length of compulsory military service in exchange for a fee paid to the armed forces has sparked heated debate in Armenia.

The country’s Defense Ministry put forward a bill on Wednesday that, if passed, would shorten military service from two years to four and a half months for those who can afford a one-time payment of 24 million drams, equal to about $60,000.

As of now, two-year military service is mandatory for all males in Armenia once they reach 18 years of age. The country also deploys a number of contract soldiers, who voluntarily choose to serve in the army, but precise figures are difficult to come by.

The Defense Ministry has said the change is needed to help fund salaries for contract soldiers. A single 24 million dram payment would be enough to pay one contract soldier 400,000 drams (about $1000) every month for five years.

It would “increase the attractiveness and interest in entering into contract military service” and help make the army more professional, the ministry has argued.

But not everyone seems to agree. Many civil society activists and opposition figures have castigated the proposal, saying it would divide Armenian society between those from poorer backgrounds and those from elite families.

Andranik Shirinyan, from Freedom House, wrote on Facebook that “this draft law is discriminatory and anti-society. This is just the privilege of the rich in a country where about 30% of the population lives in poverty.”

“This does not solve the problem of creating a professional army, and moreover, this complicates the situation and aggravates social inequality. This is very dangerous,” military expert and commentator Karen Hovhannisyan told Armenia Today.

Opposition lawmaker Tigran Abrahamyan warned on Facebook that “this will not only lead to a new flood of social injustice in the country, but also a crisis in social relations.”

In sharp contrast, Armen Khachatryan, from the ruling Civil Contract party, stressed that the funds that could be raised by the bill would be “conducive to the army’s development.”

It remains unclear when the National Assembly is expected to vote on the bill.

The Armenia-Turkey dog and pony show