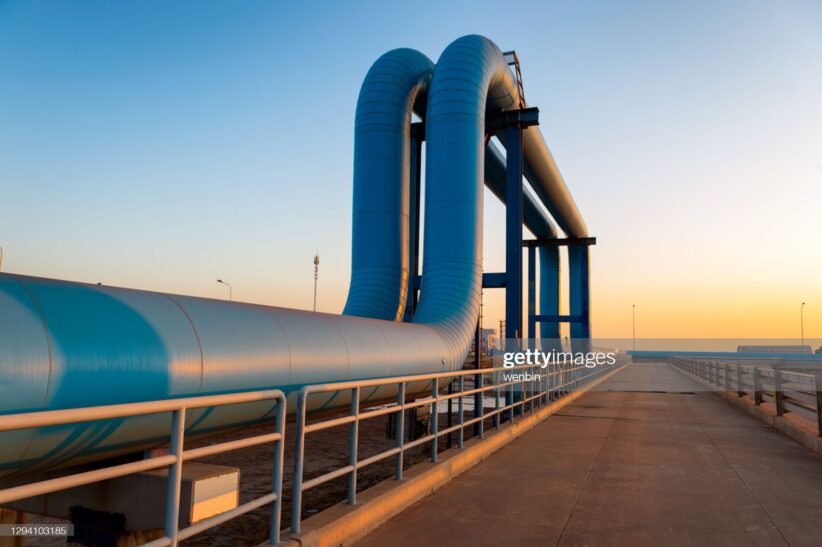 The article was published in the World Energy Weekly (September 5 issue), a publication of Petrostrategies, a French think-tank specializing in energy issues.

Six months after war broke out in Ukraine, and as winter approaches in the northern hemisphere, cracks are beginning to emerge in energy solidarity between Western countries. While these cracks are partly a result of maneuvers by Russia and Gazprom, they go far beyond the gas sector and are also affecting oil and electricity. They are raising concerns about the ability of European countries to maintain solidarity if tensions between supply and demand worsen when the cold weather sets in. Russia is skillfully stoking these tensions and is trying to divide western countries. So while Hungary (which often goes its own way within the EU) has been promised more gas (+700 MMcm/annum), Bulgaria (which has adopted a tough stance towards Moscow) has had its supplies cut off. Gazprom has also used “disagreements in the application of contracts” as an excuse to cut its deliveries – which were already very low – to France, whose President has tried to obtain a 50% increase in gas supplies from Algeria.

However, the latest bad news about energy solidarity came from Washington on August 26, when it was learned that Energy Secretary Jennifer Granholm had, a week earlier (on August 18), asked the seven largest refiners in the United States (BP, Chevron, ExxonMobil, Marathon, Philips, Shell and Valero) “to focus, in the near term, on building inventories in the United States, rather than selling down current stocks and further increasing exports”. Three reasons are being quoted to explain the US official’s request: first of all, the very low level of stocks of petroleum products in the United States (the lowest since 2015 for gasoline, and 25% below the five-year average for diesel); secondly, the hurricane season is approaching, and is causing US hydrocarbon wells and refineries to be shut down; thirdly, fuel prices at the pump need to be reduced in the run-up to the midterm elections on November 8.

On June 23, Granholm had already brought together representatives of the seven largest refiners in the United States, asking them to “get more [gasoline] to the pump at lower prices”. She had already told them that “President [Biden] is prepared to act quickly and decisively” if refiners fail to comply. In her letter of August 18, she adopted a more threatening tone, even asserting that “the Administration will need to consider […] emergency measures” if the companies in question fail to “proactively address this need”. What measures? Could the US cut its exports of refined product at a time when Europe is struggling to find substitutes for Russian oil? The Europeans are anxiously wondering about this question, while pointing out that the IEA’s member-states decided, on two occasions just a few months ago, to put crude oil from their strategic inventories on the market, and that the United States had pledged to make the greatest possible effort in this area (the IEA is now planning a third release of oil stocks). On March 8, 2022, Washington imposed an embargo on imports of Russian crude oil and petroleum products; on May 30, the EU followed suit by imposing a partial and gradual embargo.

France is still opposed to the construction of the MidCat gasline, which is supported by Spain and Germany

In the gas sector, France’s continued opposition to the construction of the MidCat gas pipeline (also known as STEP) from Spain (Barcelona) has sparked a lively controversy. First proposed in 2013, the project was abandoned in 2019 after France turned it down; however, it seems that the other countries involved (mainly Spain and Germany) thought that needs arising from the Ukrainian crisis could have changed minds in Paris. But the French ministry responsible for energy issues recently announced that this was not the case. France has put forward three arguments to justify its position: the project is too expensive and is “not viable” (E450 million for 230 km); it will have a negative environmental impact; and it will take several years to complete the planned gasline, which will therefore make no contribution to solving the current crisis. Germany, which had been hoping to import regasified LNG from Spain via the MidCat, took this refusal very badly: Chancellor Olaf Scholz declared that the structure would be sorely missed in Europe during this critical period. Spain denounced “French national selfishness”, after its Prime Minister had described the project as a “priority”. Behind the scenes, some are arguing that it is up to Germany to finance a gasline which it needs more than others… And would Paris still be able to oppose the project if Berlin were to pay for it? “I want to again underline that I very much support creating such a connection”, said the German Chancellor during a joint press conference with the Spanish Prime Minister on August 30. For its part, Madrid is threatening to bypass France by building a connection to Germany in the form of an undersea gasline to Italy.

Solidarity is also lacking in the electricity sector. This time, Norway has been the target of criticism. On August 8, it was learned that Oslo is planning to limit its electricity exports (26 TWh/annum in 2021) if the drought persists and prevents its water reservoirs from being sufficiently filled. The country has some 1,700 hydroelectric power plants, which cover more than 90% of its electricity consumption. In early August, the reservoirs were only 68% full of water (only 50% in the south of the country), as compared to a seasonal norm of 79%. Despite the outcry raised in the countries most dependent on electricity exported by Norway (Denmark, Finland and Sweden), Oslo confirmed in late August that it was studying a mechanism for limiting its power generation and therefore its exports. In an extraordinary move, the network operators in the other three northern countries then jointly denounced the “selfish behavior” of the Norwegians. Norway is one of the biggest winners from rising oil and gas prices, and its government can afford to currently subsidize up to 90% of the electricity prices paid by some categories of users.

Gas inventories in several EU member-states are already at least 80% full Many gas-storage targets in the European Union are well on the way to being met or even exceeded. The EU earlier decided that each memberstate should fill its gas inventories to a level of “at least 80%” before the onset of winter 2022-23. The EU average reached 80% as early as August 29, while the winter gas season only starts on November 1 (and ends on March 31). Some countries have already exceeded the 80% mark: Poland (100%), Denmark (>95%), France, Italy and Sweden (>91%), Belgium (>88%), Germany (>83%), and so on. However, others have not yet reached their allotted targets: Austria 65%, Bulgaria 60%, Hungary 63%, etc. But it’s no secret that, even when full, gas-storage can only cover 24% of the European Union’s consumption, whereas Russia previously supplied enough gas to meet 35% of EU demand: in 2021, it exported 1,450 TWh of pipeline gas to the EU, which has an estimated annual consumption of 4,150 TWh. The European Union has also decided that its member-states will have to reduce their gas consumption by 15%. Nevertheless, it is vulnerable to a complete cessation of Russian gas supplies, especially if the war continues, as it will be even more difficult to close the gap between supply and demand for winter 2023-24.