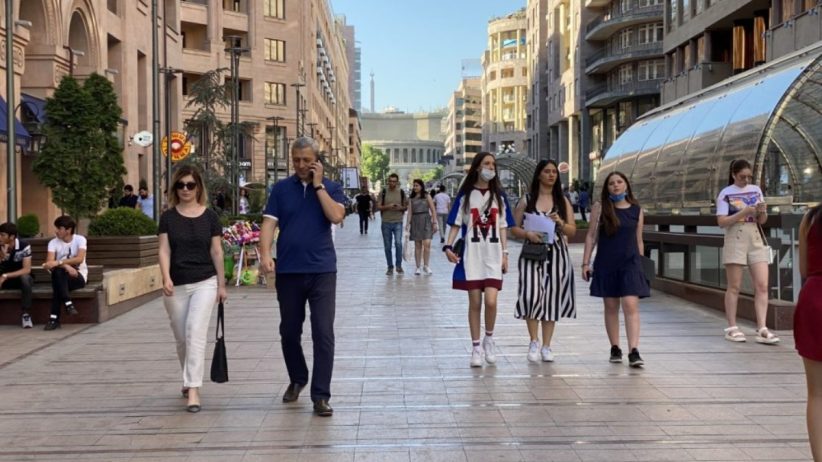 Armenians appear split on who exactly is to blame for the outbreak of the war in Ukraine, according to a nationwide poll published last Friday by the Washington-based International Republican Institute.

29% of respondents said the West “holds the most responsibility” for the war, 20% blamed Ukraine, and 13% pointed to Russia. Another 16% of those polled said “all parties equally” are responsible for the war, while 20% either said they did not know or refused to answer.

That is just one of a number of Ukraine-related findings from a June survey of nearly 1,500 people across Armenia’s cities, towns, and villages. It is believed to be one the first public opinion polls asking Armenians for their thoughts on the war in Ukraine.

In sharp contrast to the split opinions on responsibility for the war, the clear majority of those polled — nearly seven in ten — said the war in Ukraine is having a “very or somewhat negative” economic impact on Armenia.

The majority of Armenians oppose sanctions on Russia even when their answers were disaggregated by age group, geographic location, political leaning, and media diet, the survey suggests.

When asked about how sanctions on Russia are impacting Armenia, large numbers of respondents pointed to increased food and housing prices (60%), increased fuel prices (40%), and currency fluctuations (33%). Only one in five said the sanctions had not affected their household at all.

The survey’s margin of error is plus or minus 2.5%.