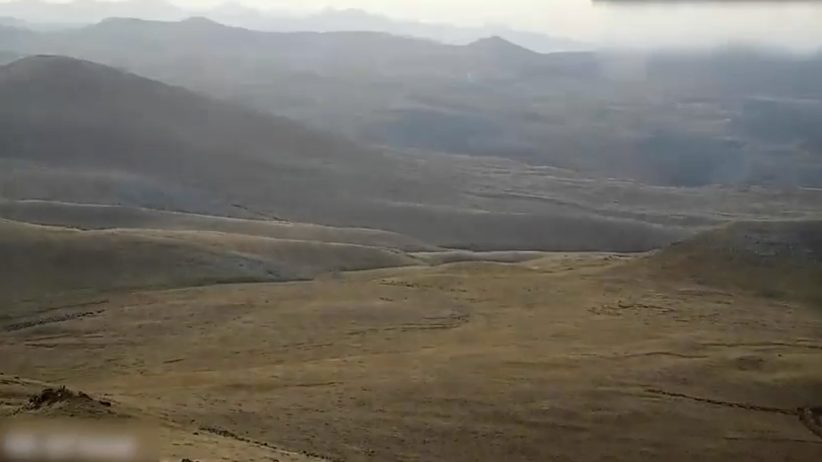 As of 8 a.m. local time, “positional battles are continuing in some parts of the border, (and) the adversary does not stop its advance attempts,” but “the situation on the Armenian-Azerbaijani border has not undergone significant changes,” Armenia’s Defense Ministry said Tuesday.

“The adversary continues to use artillery, mortars, UAVs (drones), and heavy caliber firearms in the direction of Vardenis, Sotk, Artanish, Ishkhanasar, Goris and Kapan, targeting both military and civilian infrastructure,” it added.

Fighting has raged along parts of the Armenia-Azerbaijan border since just after midnight Tuesday (late Monday evening), when Azerbaijani troops launched simultaneous attacks on a number of towns and villages in Armenia’s eastern and southern Gegharkunik, Vayots Dzor, and Syunik regions.

In one of the towns, Goris, CivilNet reporters Armine Simonyan and Levon Hakobyan said they began hearing artillery shelling around 12:30 a.m., adding that falling shells had apparently set nearby fields on fire.

Azerbaijan’s Defense Ministry has accused Armenian troops of provoking the attacks, denied intentionally striking civilian targets, and rejected descriptions of the fighting as an “invasion.”

Armenia’s Defense Ministry has hit back at those allegations, saying “the claims of Azerbaijan’s Defense Ministry that the shelling was started by the Armenian side are completely false” and insisting that civilian infrastructure is being targeted.

Both sides say they have sustained casualties, but neither has released any exact figures.

Meanwhile, the authorities in Stepanakert continue reporting that the line of contact between Karabakh Armenian and Azerbaijani troops remains “relatively stable.”

France, Russia, and the United States co-chair the Minsk Group, a body that has led efforts to mediate a peaceful resolution of the Karabakh conflict for many years, largely without result.

Pashinyan also convened an emergency session of Armenia’s Security Council overnight. Following that meeting, Armenia’s leadership decided to invoke a 1997 cooperation and mutual assistance treaty with Russia, as well as to appeal for assistance from the Collective Security Treaty Organization, a Russia-led military alliance, and the United Nations Security Council.

Tuesday’s fighting comes as political analysts in Armenia had been warning another escalation in hostilities may be imminent, noting Yerevan and Baku had been trading mutual accusations of ceasefire violations nearly every day for over a week.