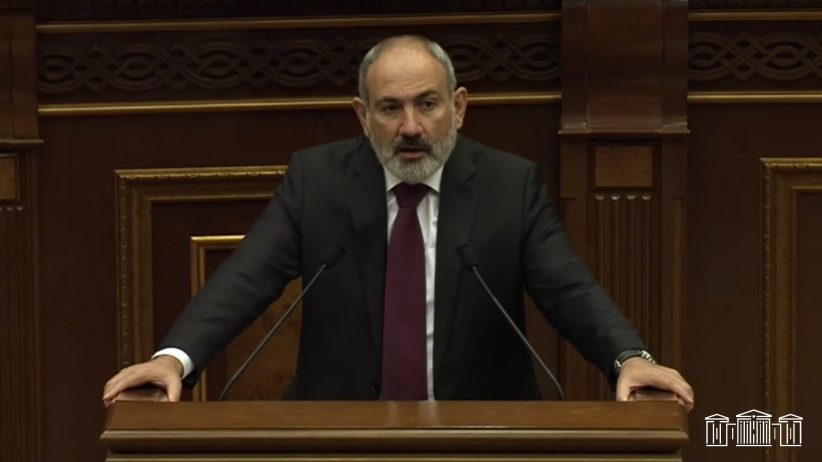 Armenian Prime Minister Nikol Pashinyan announced in an address to parliament late Tuesday morning that, “as of now, we have 49 casualties confirmed by the Defense Ministry, but that number, unfortunately, is not final.”

As of 11 a.m. local time, “the intensity of combat operations has decreased, but Azerbaijan’s attacks continue in one or two directions,” Pashinyan added.

Fighting has raged along parts of the Armenia-Azerbaijan border since just after midnight Tuesday (late Monday evening), when Azerbaijani troops launched simultaneous attacks on a number of towns and villages in Armenia’s eastern and southern Gegharkunik, Vayots Dzor, and Syunik regions.

Both sides say they have sustained casualties, but Azerbaijan has yet to release any exact figures.

The fighting, now stretching into its twelfth hour, has prompted a flurry of high-level diplomatic activity in the region, as calls for an immediate cession to the hostilities poured in from the international community.

Following his conversation with Pashinyan, Blinken released a statement Tuesday calling for an immediate ceasefire.

Michael Carpenter, the U.S. ambassador to the Organization for Security and Co-operation in Europe, and Toivo Klaar, the European Union’s special representative for the South Caucasus, have each released similar statements.

Meanwhile, Armenian Foreign Minister Ararat Mirzoyan spoke by phone with his Russian counterpart, Sergey Lavrov, and with Karen Donfried, the head of the Europe and Eurasia bureau at the State Department.

Overnight, Pashinyan convened an emergency session of Armenia’s Security Council overnight Following that meeting, Armenia’s leadership decided to invoke a 1997 cooperation and mutual assistance treaty with Russia, as well as to appeal for assistance from the Collective Security Treaty Organization, a Russia-led military alliance, and the United Nations Security Council.

What led Azerbaijan to launch a major attack on Armenia?