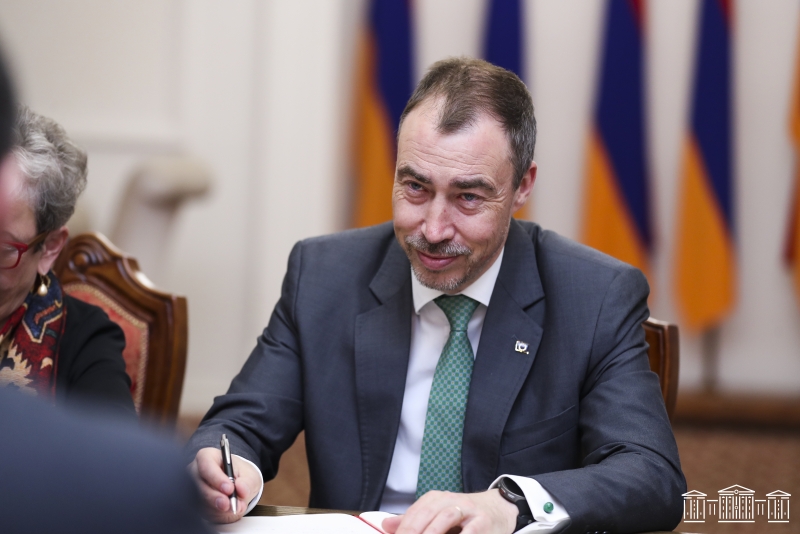 Borrell, the EU’s high representative for foreign affairs and security, said Klaar’s visits aim “to support the necessary de-escalation and to discuss next steps in the Brussels dialogue process.”

Earlier in the day, Borrell had urged for an “immediate cessation of hostilities and return to the negotiation table,” whole Klaar had called for fighting “to stop immediately.”

Klaar’s imminent visit to the region comes in response to a major attack by Azerbaijan on a number of towns and villages in Armenia proper, marking an unprecedented escalation in hostilities between Yerevan and Baku.

The clashes, which broke out shortly after midnight Tuesday (late Monday evening), have left at least 49 Armenian soldiers killed in action and three civilians injured, one critically. That makes Tuesday the single deadliest day in the region since the outbreak of the Karabakh war almost two years ago.

Azerbaijan has said its forces have also sustained casualties, but it has yet to release any figures.

As of 5 p.m. local time, the Armenia-Azerbaijan border had seen a “significant reduction in the intensity of shelling,” Armenia’s Defense Ministry noted. Still, Azerbaijani forces continued to attempt to advance into Armenian territory at border points near Artanish, Nerkin Hand, Sotk, and Verin Shorzha, it said.

The outbreak in fighting comes less than two weeks after Armenian Prime Minister Nikol Pashinyan and Azerbaijani President Ilham Aliyev held their latest round of talks in Brussels.

European Council President Charles Michel, who mediated that summit, stressed the need for “a complete and sustainable ceasefire” in response to Tuesday’s attack.

In a separate development, Igor Khovaev, Moscow’s co-chair to the Minsk Group, arrived in Yerevan for meetings with senior officials, while Philip Reeker, Washington’s co-chair, headed to Baku.