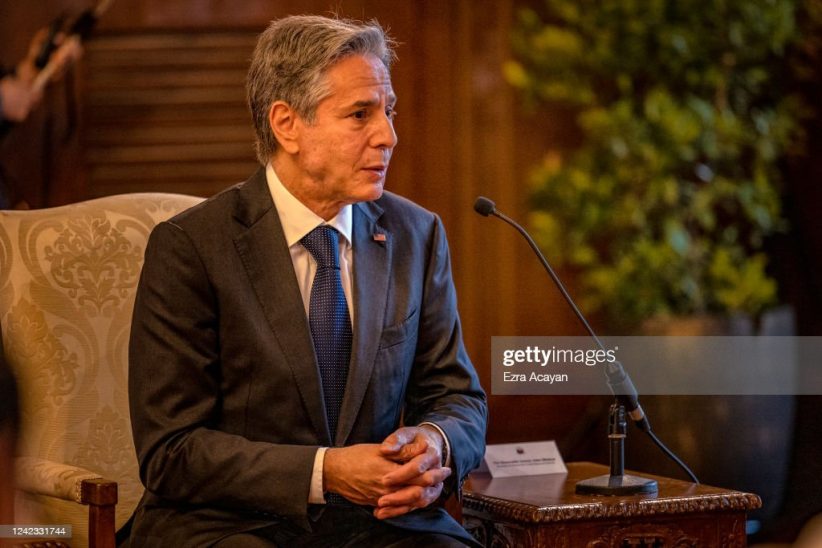 In a phone call with Azerbaijani President Ilham Aliyev Tuesday, U.S. Secretary of State Antony Blinken “urged President Aliyev to cease hostilities,” the State Department said in a read-out of the conversation.

Blinken “stressed that the United States would push for an immediate halt to fighting and a peace settlement between Armenia and Azerbaijan,” the statement added.

Blinken also spoke by phone with Armenian Prime Minister Nikol Pashinyan Tuesday “to convey our deep concern over the military actions along the Armenia-Azerbaijan border” and to stress “the need for disengagement of military forces,” the State Department said in a separate read-out.

Meanwhile, Philip Reeker, Washington’s new co-chair to the Minsk Group, traveled to Baku Tuesday for talks with Aliyev, during which he “urged Azerbaijan and Armenia to intensify their diplomatic engagement and achieve a comprehensive peace agreement,” according to the U.S. embassy in Baku.

Days earlier, Reeker held talks with Pashinyan in Yerevan to discuss ongoing efforts to resolve the decades-long conflict between Armenia and Azerbaijan.

Blinken’s and Reeker’s comments come in response to a major attack Tuesday by Azerbaijan on a number of towns and villages in Armenia proper, marking an unprecedented escalation in hostilities between Yerevan and Baku.

The clashes, which broke out shortly after midnight, have left at least 49 Armenian soldiers killed in action and three civilians injured, one critically. That makes Tuesday the single deadliest day in the region since the outbreak of the Karabakh war almost two years ago.

Azerbaijan has said its forces have also sustained casualties, but it has yet to release any figures.

As of 5 p.m. local time, Azerbaijani forces continued to attempt to advance into Armenian territory at four border points, Armenia’s Defense Ministry said, despite a “significant reduction in the intensity of shelling” along the border.