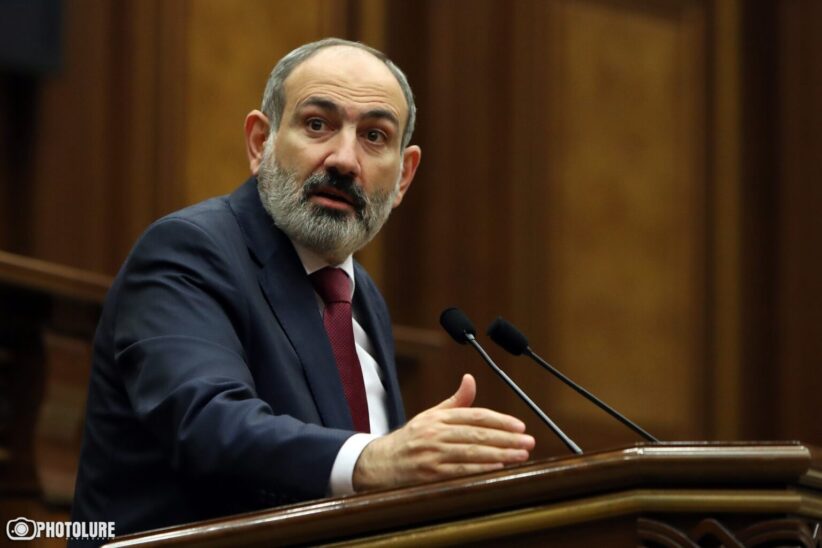 Armenian Prime Minister Nikol Pashinyan said he is ready to sign an agreement with Azerbaijan to “guarantee Armenia’s security, lasting stability, and peace” at parliament Wednesday afternoon, later clarifying on Facebook that “no document has been signed or is going to be signed.”

Pashinyan then clarified in a Facebook post that “no document has been signed or is going to be signed. This is information sabotage directed by unfriendly external forces to break the country’s resistance.”

Armenia’s National Security Service also released a statement asserting that “no document has been signed or is being prepared to be signed.”

Pashinyan separately said at the question-and-answer session that “if Azerbaijan recognizes the territorial integrity of (the Armenian Soviet Socialist Republic), of our republic, then I am ready to come to an agreement based on that.”

Azerbaijani troops captured about 40 square kilometers of territory around Sev Lake in Armenia’s southernmost Syunik region in an incursion last May and have remained stationed there since.

Wednesday’s comments appear to be the clearest suggestion yet that Pashinyan may be willing to cede the part of Karabakh remaining under ethnic Armenian control to Azerbaijan as part of a peace deal.

When Pashinyan expressed a similar sentiment in a parliamentary address in mid-April — telling lawmakers Yerevan should “lower the bar” on expectations around Karabakh in ongoing negotiations with Baku — Armenia’s political opposition announced an indefinite boycott of parliament and organized near-daily protests that paralyzed downtown Yerevan for over a month.

Meanwhile, Armenia’s Defense Ministry said in a statement Wednesday evening that “since 8 p.m., gunfire has almost ceased in all directions (and) no significant incidents have been recorded.”

Lengthy sections of the Armenia-Azerbaijan border have seen intense shelling since shortly after midnight Tuesday, when Azerbaijan began launching strikes on a number of towns and villages in Armenia’s east and south.

Pashinyan said Wednesday afternoon 105 Armenian soldiers had been killed in action so far, while at least 2,570 Armenian civilians have been displaced from their homes in the fighting, according to Kristinne Grigoryan, Armenia’s Human Rights Defender.

Azerbaijan continues to put its combat losses at 42 soldiers and eight border guards.

The death toll means this week has been the bloodiest in the region since the outbreak of the war in and around Karabakh nearly two years ago, while fighting within Armenia proper marks an unprecedented escalation in hostilities.