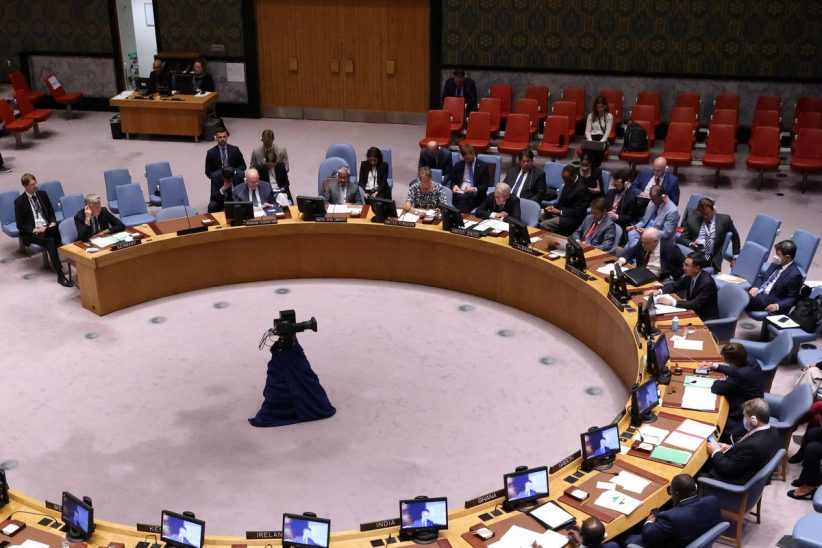 The United Nations Security Council convened a meeting Thursday at Armenia’s request to discuss this week’s fighting between Armenia and Azerbaijan, with a senior UN official saying “we welcome this (ceasefire) agreement and hope the ceasefire will hold.”

Miroslav Jenča, the UN’s assistant secretary general for Europe, said the UN was ready to dispatch teams to respond to humanitarian needs at either Armenia or Azerbaijan’s request, while Armenia’s representative warned “there are credible reports that Azerbaijan is planning yet another military offensive by widening the geography of the aggression, including from the direction of Nakhichevan.”

Dismissing accusations Armenia initiated this week’s hostilities, Armenia’s representative called on Azerbaijan to release all remaining Armenian prisoners of war and “to engage peacefully in the negotiation process, including on issues resulting from and related to Nagorno-Karabakh conflict, including that of the status.”

Continuing, he said: “I should particularly underline that this action of aggression occurred in the context of peace negotiations conducted in different formats facilitated by different actors. Armenia has engaged in all these processes in good faith…This aggression is the answer of Azerbaijan to the mediation efforts of the international community.”

Meanwhile, Azerbaijan’s representative accused Armenia of attempting “to abuse the Security Council…with the aim to evade the implementation of its commitments,” adding that Azerbaijan “categorically rejects the allegations made by the representative of Armenia.”

The United States’ and Russia’s representatives each said they welcomed the ceasefire and stressed they remain in close contact with Yerevan and Baku.

The U.S. representative further noted that his colleagues “are particularly disturbed by reports of civilians being harmed inside Armenia.”

France’s representative reiterated those points, while saying, “we call on Azerbaijan to hold its forces in their initial positions” and adding that “the territorial integrity of Armenia must be respected.”

The day before, members of the UN Security Council discussed this week’s fighting between Armenia and Azerbaijan behind closed doors, according to Vasily Nebenzya, Russia’s permanent representative to the UN.

“Everyone unanimously spoke in favor of an immediate ceasefire and the settlement of the situation by political and diplomatic means,” Nebenzya said, according to the RIA Novosti news agency.

Shortly after Azerbaijan launched its attacks Tuesday, Armenia formally appealed to the UN for assistance.

France, Russia, and the United States are all permanent members of the UN Security Council, as well as co-chairs to the Minsk Group, a body that has led efforts to mediate a peaceful resolution to the conflict between Armenia and Azerbaijan for many years, largely without result.

Unpacking the geopolitical game around Armenia and Azerbaijan