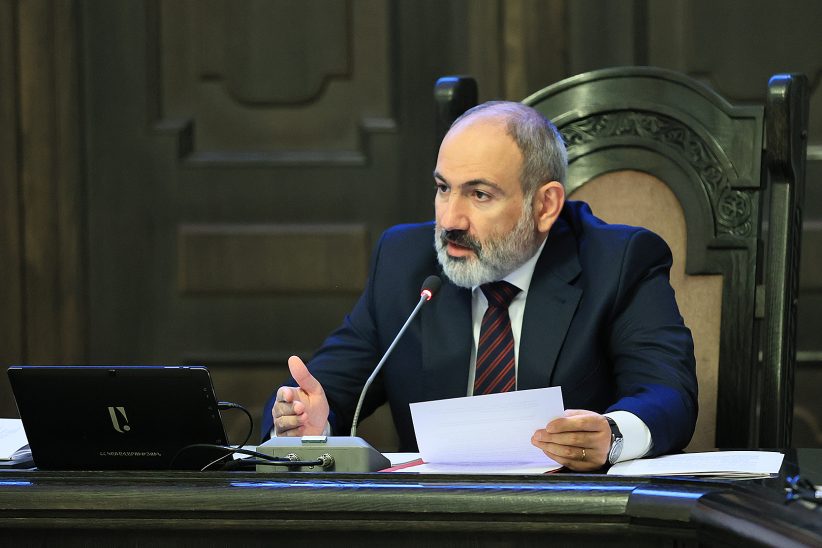 Armenian Prime Minister Nikol Pashinyan announced at a cabinet meeting Friday morning that Armenia’s death toll in this week’s attacks by Azerbaijan had risen to 135.

“Unfortunately, we know that this number is still not final. We also have many wounded,” Pashinyan said.

Azerbaijan’s Defense Ministry raised its combat losses to 71 on Thursday.

Those figures mean this week has been the bloodiest in the region since the outbreak of the war in and around Karabakh nearly two years ago.

Meanwhile, a ceasefire reached by Armenia and Azerbaijan that came into effect at 8 p.m. Wednesday appeared to continue to hold as of 9 a.m. Friday, Armenia’s Defense Ministry said.

“No change in the situation on the Armenian-Azerbaijani border,” it said in a terse statement.

Azerbaijan launched strikes on a number of towns and villages in Armenia’s east and south shortly after midnight Tuesday, marking an unprecedented escalation in hostilities.

Though a fragile ceasefire appears to be holding for now, Azerbaijani troops captured about 10 square kilometers of territory within Armenia proper in the course of the fighting, Pashinyan said Wednesday.

That takes the total amount of Armenian territory currently under Azerbaijani occupation to about 50 square kilometers, an area equal to about 9,360 American football fields.

At least 2,570 Armenian civilians were displaced from their homes in this week’s clashes, Armenian government agencies have said, while 192 houses in towns and villages along the border were damaged in the attacks.

Azerbaijan’s attack on Armenia, lazy Western journalism and the need for more reliable, local media in the Caucasus