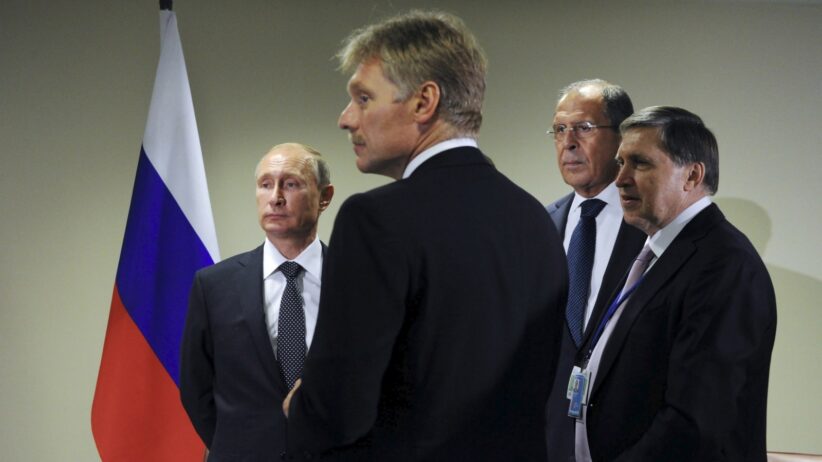 “Everything that…can contribute to the normalization of relations (between Armenia and Azerbaijan and) the stabilization of the situation on the border, all this can be welcomed,” Kremlin Press Secretary Dmitry Peskov said Monday in response to U.S. House Speaker Nancy Pelosi’s historic visit to Armenia over the weekend.

But, he continued, “Can such loud actions and statements in reality contribute to this normalization? Let’s see, over time this will all be clear.”

Peskov was ostensibly referring to a press conference in Yerevan Sunday where Pelosi, the highest ranking U.S. official ever to visit Armenia, said the United States “strongly condemns” the “illegal and deadly attacks by Azerbaijan on Armenian territory.”

“We, our delegation, have been very outspoken in saying that this was initiated by the Azeris and that there has to be recognition of that,” she added.

Pelosi’s comments were some of the strongest and most direct to come from a U.S. official, let alone from a figure as high-ranking as Pelosi, with regard to the Armenia-Azerbaijan conflict in many years.

In sharp contrast, Russia has issued more measured statements in response to last week’s attack by Azerbaijan on Armenia proper, which marked an unprecedented escalation in hostilities between the two sides.

“The task is the practical solution of the economic problems facing Russia and Armenia,” Overchuk told TASS, a Russian news agency. “These are not beautiful words, not theory, and not promises, but real work in the interests of the people of our countries.”

Overchuk heads Russia’s delegation to a joint commission of Armenian, Azerbaijani, and Russian officials tasked with opening new transport routes in the South Caucasus. The group has next to nothing to show for its work so far.

In a message to the forum Monday, Armenian Prime Minister Nikol Pashinyan noted that “interregional cooperation between Armenia and Russia plays an important role in the development of the allied, strategic partnership between our countries.”

In a statement, Russian President Vladimir Putin also stressed the “high, allied level” of relations between Moscow and Yerevan, adding he expects participants forum participants to “exchange views on relevant, essential issues (and) design new programs of cooperation, including in the areas of trade, investment, education, tourism, and digital technologies.”

Also on Monday, Armenian Defense Minister Suren Papikyan met with Anatoly Sidorov, a high-ranking official from a Russian military alliance leading a fact-finding mission to Armenia. Sidorov “presented the results of the group’s work” to Papikyan, Armenia’s Defense Ministry said. It did not elaborate.

The Collective Security Treaty Organization’s decision to send a mission to Armenia, a founding member of the alliance, came after an emergency session convened last week at Yerevan’s request.