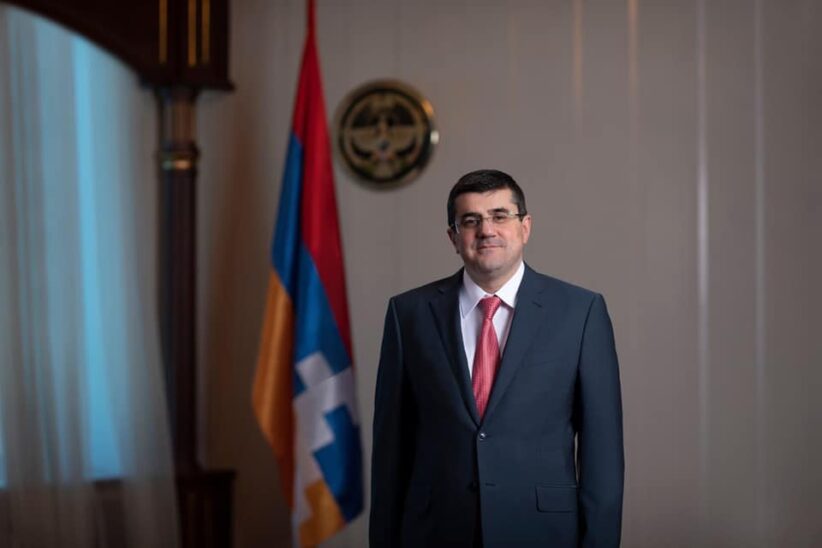 Karabakh President Arayik Harutyunyan called for “unity, honest dialogue, and rationality” among all Armenians in a major address Monday evening, saying, “we must honestly admit that the Armenian state is standing on the threshold of a new and catastrophic war.”

“Taking into account the danger of the impending catastrophe, I am convinced that the only solution is to combine the efforts of all the main actors, especially in Armenia,” he added.

In his speech, Harutyunyan reiterated his administration’s position that “the Azerbaijan-Karabakh conflict is not settled and still needs to be settled, primarily on the basis of the full and non-negotiable recognition of the right to self-determination of the people of Artsakh.”

“Azerbaijani aggression and crimes against humanity have unquestionably strengthened the need for full recognition and protection of our right to self-determination,” he continued, calling on the international community to formally recognize Karabakh’s independence from Azerbaijan.

To that end, Harutyunyan expressed his openness to negotiations with Azerbaijan “to resolve all issues, including those related to security, humanitarian issues, and infrastructure,” while stressing that “any document that would regard Artsakh as a part of Azerbaijan is unacceptable for us.”

“Through negotiations, not only Artsakh-Azerbaijan issues, but also issues in Armenia-Azerbaijan relations should be resolved, and Azerbaijan should approach this sincerely,” he said.

In addition, Harutyunyan called for the Russian peacekeeping contingent in Karabakh to remain deployed in the area indefinitely, calling the peacekeepers’ presence “the most important guarantee of the security of our people.”

“We hope that it will be possible to increase the effectiveness of the Russian peacekeeping mission and ensure its indefinite presence in Artsakh,” he said, even while admitting that “due to Russia’s preoccupation and distraction, the guarantees of the Russian peacekeepers have undergone a certain breakdown, which Azerbaijan is taking advantage of.”

Turning to domestic issues, Harutyunyan said his administration planned expenditures of 221 billion drams (roughly $528 million) this year, more than half of which would go to social programs, including funding for new housing, road construction, and water supply improvement.

“The unprecedented support provided by the government of Armenia in the postwar period, which amounts to $164 billion drams (about $392 million) in the current year alone, is noteworthy,” he added.

Finally, Harutyunyan pledged to make major changes to Karabakh’s system of government “in the near future,” including “constitutional reforms” and “important personnel and institutional changes.”
Speculation is growing in Karabakh, as well as in Armenia, that Harutyunyan may be planning a place in his administration for Russian Armenian billionaire and philanthropist Ruben Vardanyan, who announced earlier this month he would renounce his Russian citizenship and move permanently to Karabakh.