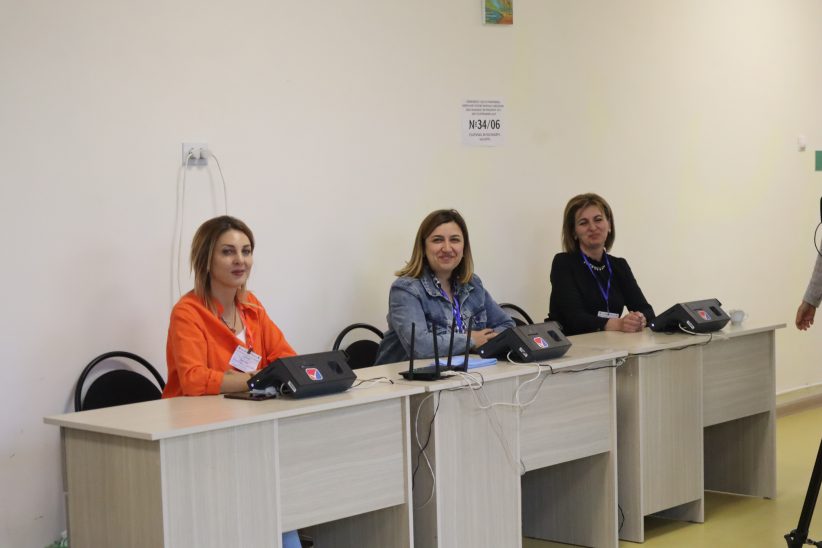 Parties other than Civil Contract claimed victory in four other races, plus one independent candidate who saw off a challenge from a Civil Contract nominee.

In four other municipalities, no single party garnered the support of the majority of voters.

Two additional municipalities, Jrvezh and Chambarak, held elections over the weekend, but since only one party was running in each of those polls, the results there were effectively predetermined.

The average turnout in Sunday’s 18 electoral contests was about 52%.

In nearly all local elections in Armenia, voters put their preferred political party on the ballot, rather than voting directly for mayoral candidates. Once the votes are tallied, local council seats are distributed proportionally with parties’ vote shares. In turn, councilors select mayors.

The set-up effectively means that a municipality where one party receives the outright majority of votes will be led by a mayor from that party. In cases where no single party is able to secure a majority of votes, city councilors must cobble together governing coalitions to select mayors.

On Sunday, Civil Contract won in the municipalities of Akunk, Areni, Gyulagarak, Lori Berd, Talin, Tsaghkahovit, and Yeghegis, with a median vote share of about 57%.

Meanwhile, other parties emerged victorious in the municipalities of Berd, Charentsavan, Kajaran, and Tashir.

The United Community bloc scored wins in both Charentsavan and Tashir, at about 51% and 71%, respectively, while just over half of voters in Berd cast their ballots for the Strong Community bloc.

The Toward Unity bloc took just under two thirds of the vote in Kajaran, which saw the highest turnout of any municipality by far, at almost 78%.

Civil Contract also suffered defeat in the village of Alagyaz, where its nominee lost against an independent candidate by a margin of about 36% to 64%. Unlike the other municipalities that held elections Sunday, Alagyaz residents directly elect their mayor, rather than voting for political parties, due to the village’s extremely small population.

In contrast, no single party garnered the support of the majority of voters in the municipalities of Alaverdi, Ani, Byureghavan, and Sisian.

In Byureghavan, 44.7% of voters went with the Unity bloc, while the remaining voters split between Civil Contract (26.8%) and the Fair Armenia party (24.9%).

Civil Contract fared more poorly in Ani, where the Nation-Community bloc garnered 44.7% of the vote, against 38.7% for the Armenian Dream party. Civil Contract finished in a distant third there, at just 13.2%.

Finally, facing no competition, Civil Contract cruised to victory in the village of Jrvezh, while the Democratic Alternative party won in the town of Chambarak.

Less than a third of voters in Jrvezh took part in the vote, marking Sunday’s lowest turnout by far. Turnout was just under 50% in Chambarak, the only municipality where Civil Contract did not participate.

France, UK join US calls for Azerbaijan to withdraw from Armenia