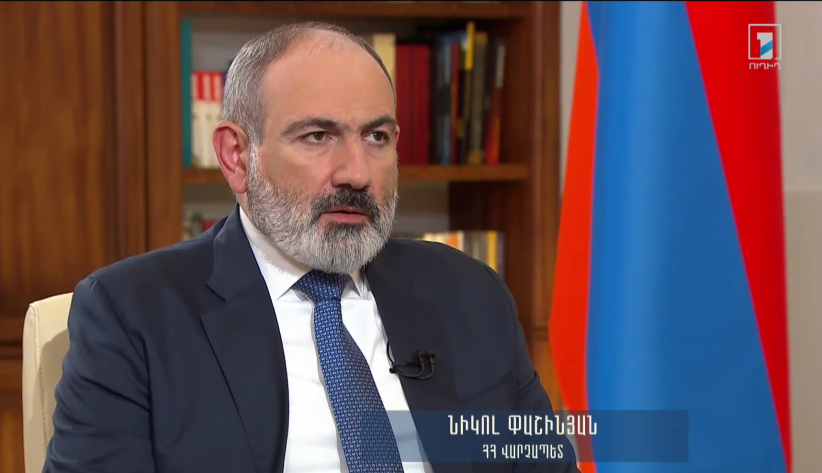 Armenian Prime Minister Nikol Pashinyan said there is an approach where “a peace treaty between Armenia and Azerbaijan should be separated from the Nagorno-Karabakh conflict” in a primetime interview with Armenian public television Friday.

“Our approach is such that there may not be any references to Nagorno-Karabakh in the peace treaty. We believe that Armenia and Azerbaijan should recognize each other’s territorial integrity,” Pashinyan said, adding that “the main beneficiary in the discussion of the Artsakh issue should be the people of Artsakh themselves, through their elected leaders. On the issue of Nagorno-Karabakh, Nagorno-Karabakh should be the main negotiator.”

Pashinyan noted that the two countries’ foreign ministers are set to meet in Geneva on Sunday, saying that “substantive negotiations on the text of the treaty should begin” at that time. “There is no text on the table” as of now, he stressed.

In his interview, Pashinyan blamed Azerbaijan’s “aggressive statements” as the reason a peace agreement has not yet been reached, saying, “without this rhetoric, the treaty would have been signed long ago.”

“Given Azerbaijan’s aggressive rhetoric, new provocations cannot be not ruled out,” he warned.

Turning to international involvement in the peace process, Pashinyan urged for “international observers, we mean a long-term or permanent mission” to monitor the Armenia-Azerbaijan border, while conceding that “neither Moscow, nor Brussels, nor Washington are ready to recognize Karabakh’s independence or to recognize Karabakh as part of Armenia. We must acknowledge this fact.”

Pashinyan also called out the Collective Security Treaty Organization, a Russian-led military alliance, for its non-response to Azerbaijan’s assault on Armenia earlier this month, marking the bloodiest week in the region since the start of the war in and around Karabakh two years ago.

He recalled that, in a recent conversation with a CSTO official, “it was even said that the CSTO was concerned that it might lose Armenia. To which I replied that there is the opposite concern in Armenia — that Armenia will lose the CSTO. Or when they say that Armenia will leave the CSTO, in Armenia there is the opposite concern — that the CSTO will leave Armenia. And this is not a play on words. We expect a clear political assessment of the situation.”

Armenian and Azerbaijani foreign ministers to meet in Geneva