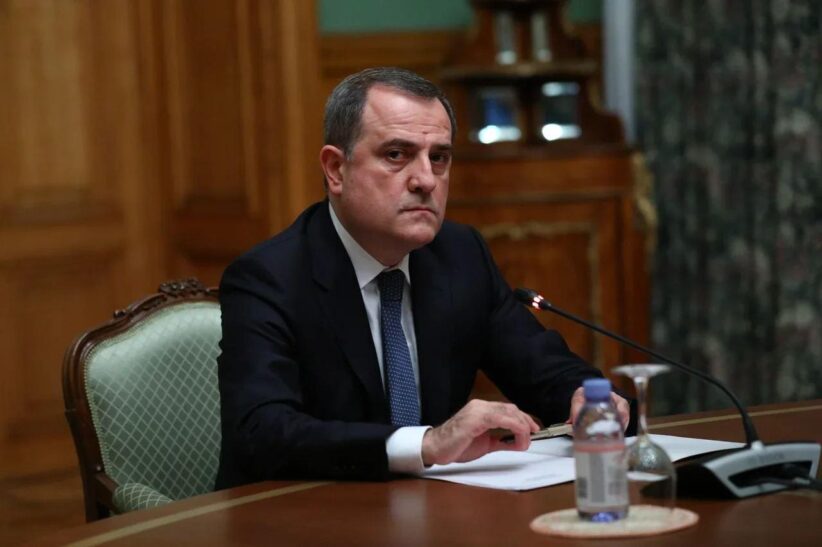 At his UN General Assembly speech on September 24, Azerbaijan’s Foreign Minister Jeyhun Bayramov claimed that Armenia had “occupied 20 percent of Azerbaijan’s territory”, while “more than 1 million have become refugees and IDPs.” Both of these numbers have been repeatedly voiced by Azerbaijani officials.

By the end of the First Karabakh War in 1994, the region’s Armenian forces controlled most of the former Nagorno-Karabakh Autonomous Oblast (NKAO) and seven Azerbaijani districts, either fully or partly. These included Lachin, Kelbajar (Kalbajar), Aghdam, Fizuli (Fuzuli), Zangelan (Zangilan), Kubatlu (Qubadli), and Jebrail (Jabrayil).

All in all, NKAO and the seven districts cover an area of 13,200 sq km, which is a little over 15% of Azerbaijan’s total territory (86,600 sq km). Before the 2020 war, the Nagorno-Karabakh Republic effectively controlled an area of around 11,500 sq km. That is around 13.3% of what Azerbaijan considers its territory.

Outside Nagorno-Karabakh (i.e. the Soviet-era borders of NKAO), Armenian forces controlled an area of around 7,600 sq km or around 8.8% of Azerbaijan’s territory.

In his 2003 book The Black Garden, Thomas de Waal traced the “20 percent” myth to Azerbaijani president Heydar Aliyev, which he first declared in late October 1993. “Perhaps because Azerbaijanis did not want to contradict their president or because it was a powerful round number, this figure has been repeated by Azerbaijanis ever since,” he suggests (p. 285).

It has been repeated so many times by Azerbaijani officials that it has become a mainstream talking point and made it to respectable outlets, such as the New York Times, and even a Human Rights Watch report, as early as 1994.

The number of Azerbaijani refugees and internally displaced persons (IDPs) is not known precisely, but an approximate figure can be calculated on the Soviet censuses.

According to the 1979 Soviet census, around 160,000 Azerbaijanis lived in Soviet Armenia. By 1989, their number had dropped to less than 85,000 because a population exchange had already begun between Armenia and Azerbaijan in 1988. In Nagorno-Karabakh, the number of Azerbaijanis was over 37,000 in 1979 and 40,700 in 1989. Some 420,000 people (mostly Azerbaijanis) lived in the seven districts, captured by Armenian forces in the course of the first Karabakh war, by the time of the last Soviet census of 1989. The total amounts to around 620,000 Azerbaijanis who fled Armenia, Nagorno-Karabakh and the seven districts in the course of the conflict between 1988 and 1994.

Thus, Azerbaijani officials repeatedly inflate not just the area under Armenian control between 1994 and 2020 from around 13% to 20%, but also the number of Azerbaijani refugees and IDPs from a little more than 600,000 to one million.