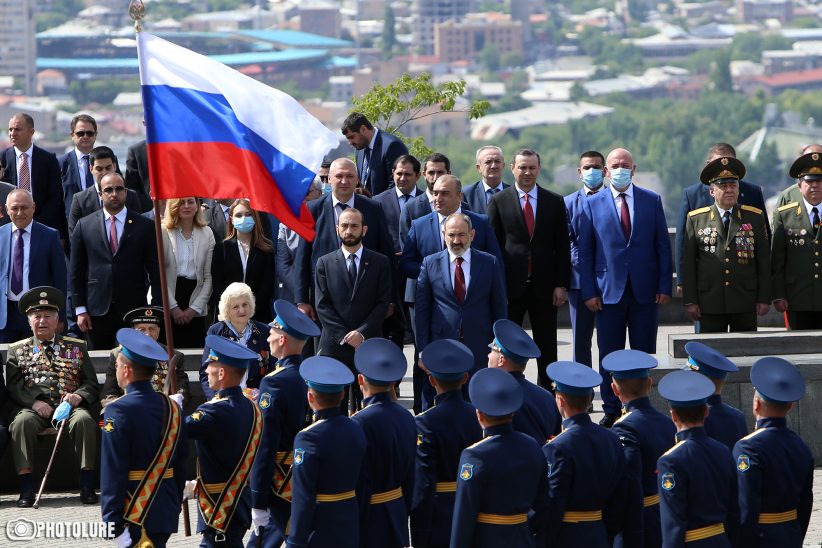 Russia wants Armenia to be “as vulnerable as possible so that it attaches itself to Russia as tightly as possible.” That is according to the Armenian Times, a newspaper edited by Anna Hakobyan, Armenian Prime Minister Nikol Pashinyan’s wife.

On Tuesday, the paper published a second article — this one with the title “What does Russia want?” — in what appears to be a planned series of bizarre reports about Armenia’s foreign policy.

The day before, the Armenian Times published an article called “What does Azerbaijan want?” that included what it said was a list of “Azerbaijan’s five main demands from Armenia” in ongoing peace talks.

Both articles cite only an unnamed “credible source,” widely believed in Armenia to be Pashinyan himself.

On Tuesday, the paper argued that “Russia wants from Armenia nearly what it wants from Ukraine — that it becomes part of the Russia-Belarus Union State or part of Russia itself.”

“The steps to develop this are the aggressiveness of Azerbaijan, the inaction of Russian troops stationed in Armenia, the political inaction of Russia, and the non-fulfillment of obligations to supply arms to Armenia,” it said.

“The meaning of (Russia’s) actions is to show Armenia’s security vulnerability,” the paper continued. “Armenia should be as vulnerable as possible so that it attaches itself to Russia as tightly as possible.”

The Armenian Times noted that “the case of Karabakh is also part of this logic, though with some differences,” explaining that “Russia needs the non-resolution of the Nagorno-Karabakh issue…as a lever of influence on both Armenia and Azerbaijan.”

“Western transport routes will definitely or possibly be closed” in response to Russia’s war in Ukraine, passage through the Black Sea is dependent on Turkey, and routes via Georgia are insufficient and unreliable, the Armenian Times argued, and “therefore, the effective way to solve (Russia’s transport) issue would be to use the Armenia-Azerbaijan axis.”

In response, Kremlin spokesperson Dmitry Peskov called the report “yet another bunch of nonsense.”

Both Tuesday’s article and Monday’s are addressed to “the catholicos, the three (former) presidents, and the expert community.”

A note at the bottom of Monday’s article in the Armenian Times said that “this publication can also be considered a response to Ter-Petrossian’s claim that they do not have complete information about the negotiation process.”

The ‘credible source’ has failed the country, he must leave