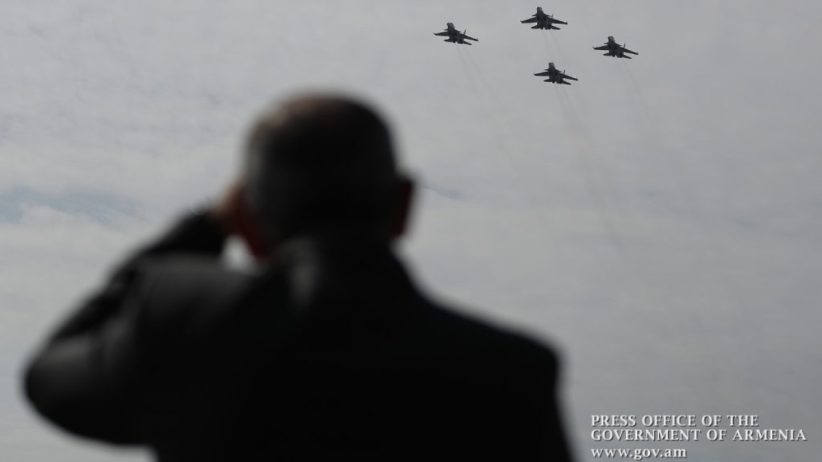 On Monday, the Armenian Times newspaper, owned by the family of Armenian Prime Minister Nikol Pashinyan, published an article citing a “credible source” in response to last month’s meeting between Catholicos Karekin II and the former presidents of Armenia and Artsakh.

Monday’s article, which was apparently penned by Pashinyan himself, listed Azerbaijan’s five main demands from Armenia: disbanding the Karabakh Defense Army, having Armenia recognize Karabakh as part of Azerbaijan without autonomy, forcing Armenia to set up a corridor from mainland Azerbaijan to Nakhichevan, delimiting and demarcating borders based on maps from 1919 or 1920 [and not on the Soviet maps!], and clarifying the fate of missing Azerbaijanis.

On Tuesday, the same “credible source” published another article in the same paper, lambasting Russia.

There is no point in discussing the content of these articles. The publication of negotiation details by the head of the country in his family’s newspaper for domestic political purposes, followed by sharp criticism of Armenia’s main “partner” country (if you want to avoid the term “ally”) does nothing — literally nothing — for the country called the Republic of Armenia.

It only further complicates our already complicated situation. And by the way, Kremlin spokesperson Dmitry Peskov immediately responded to that publication, calling it “yet another bunch of nonsense.”

But this is not even the main problem. The main problem is that if the leader of the country has been pushed into such a humiliating corner during the negotiation process, it is also, and first of all, because of his incompetence. There is nothing left for this person but to hand over the reins to competent people. This does not at all guarantee that Armenia can easily get out of the current impasse, but if he stays, any hope of getting out of this “impasse” simply fades away.

During the four years of Pashinyan’s rule, he got the opposite of what he declared

Pashinyan got war following his announcement in 2019 that “Artsakh is Armenia, period.” Then he proposed “secession of Artsakh for the sake of salvation (remedial secession)” in 2021’s snap parliamentary elections.

Then he lowered “the bar on the status of Karabakh to ensure broad international consolidation” in April, but that consolidation did not happen, and the bar disappeared altogether. In late September, Pashinyan announced that “the issue of Artsakh may not be mentioned in the peace agreement,” which in actuality means giving up Artsakh.

Pashinyan has been talking about the era of peace for two years, but he keeps getting new battles and new victims. He talks about ruling out “corridor logic,” but in the end, he receives an ultimatum with that very logic.

See more: A timeline of Azerbaijan’s attacks on Armenians since 2020

That Armenia is in a weakened state and the world is undergoing tectonic upheavals is clear. However, it is impossible to mitigate this storm with as little damage as possible with such a leader and such leadership.

During the last two years, the army has not undergone any significant reforms, and no serious weaponry was purchased. Instead, there was talk of reducing the length of compulsory military service in exchange for a $60,000 fee.

As a consequence of all this, we had several hundred casualties in last month’s two-day attack by Azerbaijan.

Because peace does not come by simply pronouncing “peace.”

Each day the “credible source” heads the country is a threat to the country.