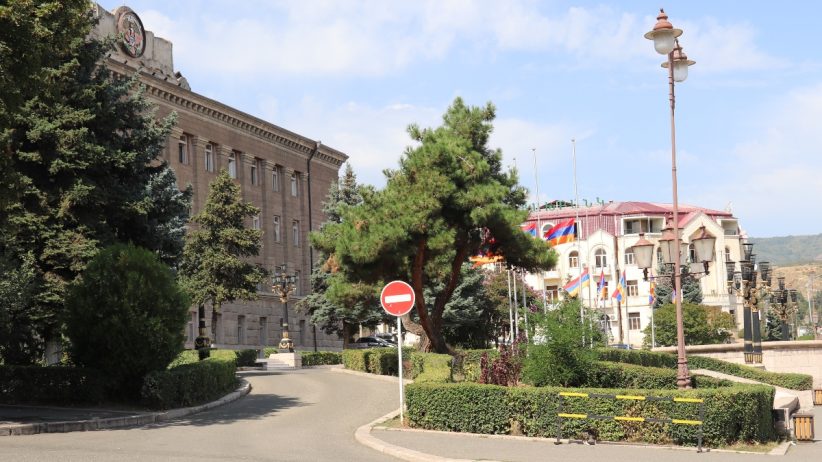 Karabakh’s Security Council released a lengthy statement Monday preemptively rejecting any peace treaty between Armenia and Azerbaijan that does not address the Karabakh conflict.

“Taking into account the importance of the interests of the Armenians of Artsakh as an inseparable part of the Armenian people, we emphasize that any document that would ignore the existence of the Karabakh conflict…is unacceptable for us,” the statement read in part.

Karabakh’s Security Council said it released the statement in response to Armenian Prime Minister Nikol Pashinyan’s proposal in a primetime interview last week to “separate” resolving the Karabakh conflict from reaching a peace deal with Azerbaijan.

In addition, the Security Council called out Azerbaijan for using force “to realize its most ambitious aspirations” and “to abort any formats and efforts to settle the Karabakh conflict by declaring that it has solved the issue by war.”

The Security Council also reiterated calls made last month by Karabakh President Arayik Harutyunyan for the Russian peacekeepers in Karabakh to remain there indefinitely, saying, “The Russian peacekeeping mission, despite the additional challenges of the last few months, continues to be the main international guarantee of the security of the people of Artsakh.”

“Within this context, we consider the attempts to worsen traditional relations with natural allies as extremely dangerous,” the statement added, ostensibly referring to Russia.

The weeks since Azerbaijan’s unprecedented assault on Armenia last month have seen a number of senior Armenian officials, including Pashinyan, criticize Russia in unusually strong terms for failing to come to Armenia’s defense.

The Armenian Times, a newspaper closely linked to Pashinyan, published an anti-Russian article Tuesday arguing that Russia wants Armenia to be “as vulnerable as possible so that it attaches itself to Russia as tightly as possible.”

The article cites only an unnamed “credible source,” who is widely believed in Armenia to be Pashinyan himself.