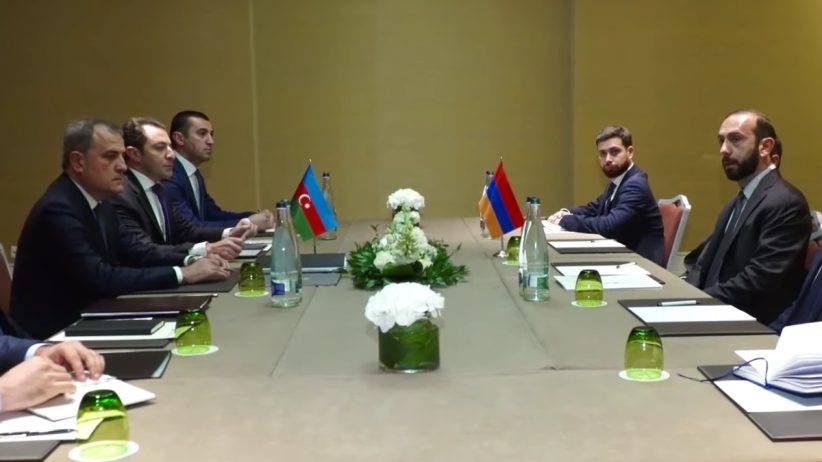 Both Yerevan and Baku acknowledged the call took place at Washington’s initiative as a follow-up to Mirzoyan and Bayramov’s meeting Sunday in Geneva, but the similarities in the two sides’ statements largely ended there.

Armenia’s Foreign Ministry said Mirzoyan stressed the need for Azerbaijan to withdraw its forces from Armenia, release all Armenians in its captivity, and respect the fragile ceasefire that ended last month’s hostilities.

In addition, Mirzoyan called for “the introduction of international mechanisms to monitor and control the border situation” and “the creation of a discussion mechanism between Stepanakert and Baku.”

Meanwhile, Azerbaijan’s Foreign Ministry said Bayramov called for steps to delimit the Armenia-Azerbaijan border and the “reintegration of the population of Armenian origin living in the Karabakh region of Azerbaijan.”

In addition, Blinken said he welcomed Baku’s decision Tuesday to release 17 Armenian prisoners of war in its captivity, an agreement that Yerevan has said was reached with Washington’s mediation.

Washington is believed to have played a key role in brokering the fragile ceasefire that ended the fighting, and U.S. officials have since brokered a number of meetings between senior Armenian and Azerbaijani officials.

Russia, the region’s traditional security guarantor, appears preoccupied by its war against Ukraine, and a Russian-led military alliance pointedly declined to send military assistance to Armenia after last month’s clashes.

What can Armenia learn from Singapore’s crypto ecosystem?